Explainer: US puts off 2+2 dialogue with India due to ‘unavoidable reasons’

The US today informed India that it has postponed the high level “2+2 dialogue” that was to be held on July 6 in Washington due to “unavoidable reasons”. 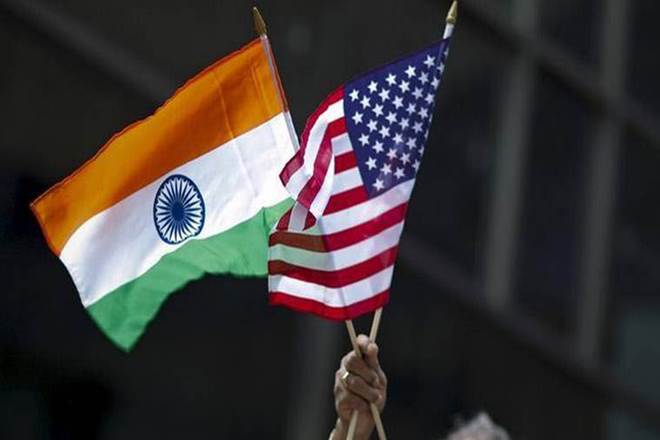 External Affairs Minister Sushma Swaraj and Defence Minister Nirmala Sitharaman were to travel to the US to be part of the meet. Credit: Twitter/@VIPortalINC

The United States informed India on Thursday that it has decided to postpone the high level “2+2 dialogue” scheduled to be held on July 6 in Washington due to “unavoidable reasons”. External Affairs Minister Sushma Swaraj and Defence Minister Nirmala Sitharaman were expected to travel to the US to attend the dialogue alongside US Secretary of State Mike Pompeo and Secretary of Defence James Mattis.

The Ministry of External Affairs spokesperson, Raveesh Kumar, tweeted that Pompeo expressed “his regret and deep disappointment at the US having to postpone the 2+2 Dialogue for unavoidable reasons.”

US @SecPompeo spoke to EAM @SushmaSwaraj a short while ago to express his regret and deep disappointment at the US having to postpone the 2+2 Dialogue for unavoidable reasons. 1/2

In another tweet, Kumar said that Pompeo and Swaraj have agreed “to identify new mutually convenient dates to hold the Dialogue at the earliest, in India or the US.”

Potential reasons why the meeting was cancelled

The postponement comes amidst India’s proposals to purchase the S-400 missile system from Russia, which was expected to be a topic of discussion at the meet. It was also reported that the meeting might have been postponed in light of Trump’s decision to pull out of the Iran nuclear deal. According to an Indian Express report,  a US state department official told reporters in Washington that the Trump administration had asked India and China to halt imports of Iranian oil by November 4 or the countries could face sanctions. The matter was also brought up when US ambassador to the UN Nikki Haley was in New Delhi to meet with Prime Minister Narendra Modi.

In an exclusive interview with NDTV, Haley said that the postponement had nothing to do with India. “There is a very good reason. PM Modi knows exactly what. The rest of the world will know soon. It has nothing to do with India at all,” Haley said. She added that the postponement hasn’t dented Indo-US relationships,”Things happen. It will come to light why this has been rescheduled. But the relationship between India and US has never been stronger in our eyes and I hope in the eyes of India it is the same way.”

Reiterating the fact that the postponement has nothing to do with Indo-US ties, a spokesperson from the US stated department spoke to the Hindu. “This scheduling change has nothing to do with trade, sanctions, or any other policy issues. We remain firmly committed to our partnership with India and look forward to rescheduling the 2+2 as soon as possible,” the spokesperson said.

Sources knowledgeable of the matter claim that Trump’s meet with Russian President Vladimir Putin might have put off the 2+2 dialogue. A source claims that Pompeo has been asked to focus on Russia, as reported by the Hindu.

Trump’s meet with Putin could be significant after Russia imposed tariffs on the US. With Russia seemingly taking a hardline stance towards the Trump administration’s trade policies, the meeting with Putin gains substantial importance. However, the US will not want to sideline India and the Trump administration will want to reset ties with India after the Iran deal and the imposition of retaliatory tariffs.