Extending a helping hand in building and launching satellites for scientists from other nations like the UAE and African nations, ISRO hopes to plug the gap in space research, knowledge and advancements. 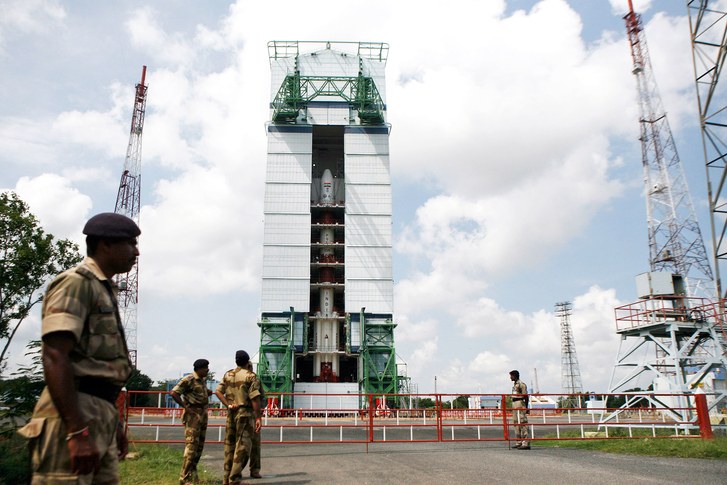 Having armed itself with a strong arsenal of satellites hovering in the orbits above, the Indian Space Research Organisation (ISRO) recently announced at an international conference, that it would open its expertise up to developing nations.

Extending a helping hand in building and launching satellites to scientists from other nations like the UAE and African nations, ISRO hopes to plug the gap in space research, knowledge and advancements.

ISRO chairman K Sivan made the potentially historic announcement in Vienna, at the UNISPACE+50 conference which commemorated the fiftieth anniversary of the UN Conference on the Exploration and Peaceful Uses of Outer Space (UNISPACE). UNISPACE was founded by the United Nations in 1968 to foster fraternity and development among the international community of space scientists and organisations to encourage students and young professionals in space research.

Leaders of 30 reputed space agencies around the world attended the summit this year. Sivan who led the Indian delegation to the four-day summit spoke to the Times of India, “India has taken the initiative to train scientists of countries like UAE and African nations that lack the technical know-how and capability to build a satellite. India won’t charge for this capacity-building programme but will play a role in shortlisting scientists for the training programme.”

“India will also launch the satellite built by ISRO-trained scientists of a country if the spacecraft is well-built and clears all tests,” Sivan said in his keynote address at the event.

The move was welcomed by other members of the group. Sivan then went on to discuss key areas of cooperation, space research, and exploration with Dr Alahbabi who leads the UAE Space Agency.

This comes just months after India made a pact with Israel on the development of atomic clocks, electric propulsion for small satellites and GEO-LEO optical links. Additionally, in 2016, ISRO had signed a MoU with UAE to officially bring their world-standard expertise to the table.

India is now among the leading space powers in the world, renowned for its inexpensive satellite building methods and effective launch capabilities. Sivan held bilateral talks with teams from 12 other member nations, including Israel, Japan and France over the course of the summit. After all, helping a country build their satellite infrastructure, could be counterproductive in today’s politically volatile climate. Sources close to the development said it is still too early to call, but have nonetheless confirmed that most of the participating nations shared Sivan’s enthusiasm and the vision.

The Indian Space Research Organisation (ISRO) is already set to sponsor students from 45 developing countries an eight-week training programme that will equip them to build small satellites.