Explained: Why does Pakistan want India replaced on the FATF?

In the wake of the Pulwama attack, India’s hardline approach towards tackling Pakistan-sponsored terrorism further resulted in a series of diplomatic and economic sanctions. The Pakistani government has since been exceedingly wary of India’s efforts to isolate the nation globally from key cooperatives and strategic alliances. 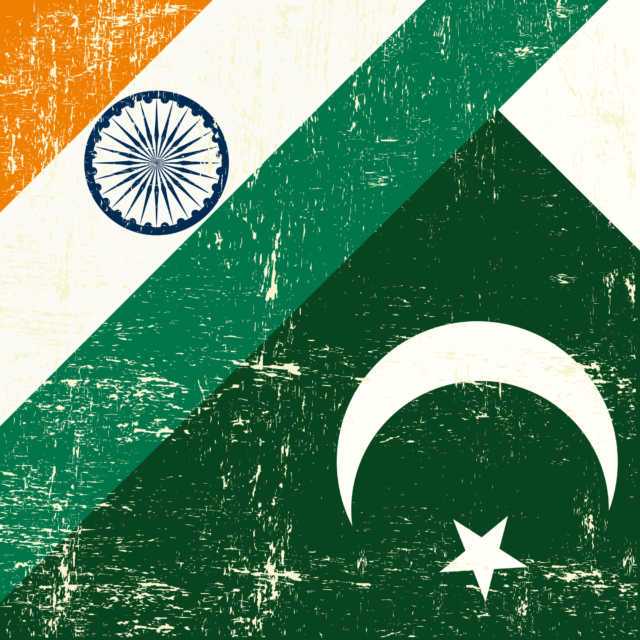 Pakistan does not believe India will be impartial while reviewing its case at the FATF. Credit:Deposit Photos

In a letter addressed to the president of the Financial Action Task Force (FATF) on Saturday, March 9, Pakistan requested the removal of India from one of FATF’s regional sub-divisions responsible for reviewing its progress. Pakistan is currently “grey-listed’ by the intergovernmental finance watchdog.

India, which co-chairs the FATF’s Asia-Pacific Joint Group, has long demanded that Pakistan meet certain established standards, especially with regard to terror financing. New Delhi has renewed its demands since the Pulwama attack, and with the backing of powerful members states, downgraded Pakistan to the organisation’s greylist last month.

Islamabad must now adhere to the new limits set by the Asia-Pacific Joint Group (APG) to regain membership to and privileges of the task force, which it says will be difficult with India’s presence and “partiality” during evaluation.

What has Pakistan said?

According to a report in Dawn, Pakistani Finance Minister Asad Umar has demanded that India be replaced by any other country as the co-chair of the joint group.

The letter cites “India’s animosity towards Pakistan” as reasons for its request, especially in light of India’s “recent violation of Pakistan’s airspace and dropping of bombs” in retaliation of the Pulwama terror attack.

On February 26, in retaliation to the Pulwama attack, the Indian Air Force conducted air strikes in Balakot, Pakistan, on a Jaish-e-Mohammed training camp.

Umar also reiterated Pakistan’s request to ban India from using the FATF forum to make political speeches against Pakistan. “Given clear Indian motivation to hurt Pakistan’s economic interests, Indian presence among the evaluators and as co-chair of the Joint Group would undermine the impartiality and spirit of the peer review process, which lies at the heart of FATF’s methodology and objective assessment,” Umar wrote.

The 20-year-old Financial Action Task Force is an inter-governmental body that was formed to combat threats such as money laundering and terrorist financing that impact the global financial systems.

It further sets standards for fighting illicit finance globally. For instance, the FATF in February nominated Pakistan for extensive monitoring of its “serious deficiencies” in countering terror financing, under the International Cooperation Review Group (ICRG) commonly known as the . This nomination was supported by the US, the UK, France, Germany and India.

The ICRG of the APG has identified four key areas of concern, to address deficiencies in the supervision of Anti-Money Laundering (AML) and Counter-Terrorism Financing regimes, cross-border illicit movement of currency by terrorist groups, progress on terrorism financing investigation, and prosecution and implementation of United Nations Security Council (UNSC) resolutions 1267 and 1373 aimed at curbing terror financing.

This is followed by eight commitments to address the issues regarding terrorism financing prosecution—four about curbing currency movement across the border and five recommendations related to improvement in the supervision mechanisms of banks and companies.

The APG, along with the support of various other members, further gave Islamabad a 27-point action plan last June, which it has to implement within a period spanning 15 months in order to avoid being blacklisted and to make it back into the fold.

Pakistan’s progress on the 27 points is being monitored by the AGP, which held its last review meeting on January 8-10 with Pakistani authorities in Sydney. At this meeting, India had raised 28 queries on the measures by Pakistan and suggested that to make public the action to curb finances of terror groups such as Lashkar-e-Taiba (LeT) and Jaish-e-Mohammed.

Why is Pakistan grey-listed?

The FATF collectively took the decision to put Pakistan on the “grey list” last year during the February 18-22 plenary and review meetings. The decision to keep Pakistan on the grey list was taken last month on the basis of the “limited progress” it had made in curbing the financing of terrorism, against the targets set for January 2019.

Urging Pakistan “to swiftly complete its action plan, particularly those with timelines of May 2019,” the plenary address thus noted how the country’s government had failed to it as a credible threat to world peace.

The move, however, meant an instant downgrading of the country by multilateral lenders like IMF, World Bank, ADB, EU and also a reduction in risk rating by Moody’s, S&P and Fitch, which stands to seriously dent Pakistan’s failing economy even further, by stifling trade, foreign investment, commerce and banking.

How have India and Pakistan responded to the measures?

In as far back as June 2018, Pakistan had expressed concern against India’s intentions to seriously hurt Pakistani interests using the task force, by weakening its economy. India should be removed as co-chair of the peer review committee, “to ensure that (the) FATF review process is fair, unbiased and objective”, the finance ministry said in a statement.

According to PTI, Indian Ministry of External Affairs spokesperson Raveesh Kumar addressed a press briefing last month, saying it intends to lobby for support from other members of the FATF to force Pakistan to produce conclusive proof about the measures it’s been taking to combat the financing of terrorism on its soil.

However, Islamabad maintains it is on track to fulfilling each of FATF’s demands, insisting that the government remains committed to implementing the organisation’s action plan. “The ICRG and FATF meetings must not be allowed to be used as a platform by India to make political speeches against Pakistan,” Umar said in his letter to FATF president Marshall Billingslea.

Umar also believes, “Indian presence among the evaluators and as Co-chair of the Joint Group would undermine the impartiality and spirit of the ‘peer review’ process.” “We firmly believe that India’s involvement in the ICRG process will not be fair towards Pakistan,” he wrote.

Why this matters to India

India has been a vital member of the FATF and is deploying its diplomatic clout to the hilt, post-Pulwama. At the 13th G20 summit last December, Prime Minister Narendra Modi had presented a nine-pronged agenda to deal with fugitive economic offenders and terror financing.

His agenda called upon the FATF to also formulate a standard definition for the “identification, extradition and judicial proceedings for dealing with fugitive economic offenders to provide guidance and assistance to G20 countries, subject to their domestic law”.

At the end of the summit, all G20 member nations officially signed a joint communique that acknowledges the importance of “necessary reform,” given the blistering pace of “digitalization” of the global economy, to a regulatory approach for cryptocurrencies for anti-money laundering and countering the financing of terrorism, in keeping with the FATF recommendations. The use of crypto-assets by terrorist  all over the has increased in recent because it is untraceable.

In the wake of Pulwama, India’s hardline approach towards tackling Pakistan-sponsored terrorism further resulted in a series of diplomatic and economic sanctions besides the televised military ones. The Pakistani government has since been exceedingly wary of India’s efforts to isolate the nation globally from key cooperatives and strategic alliances.

Immediately after the terror attack, India withdrew the Most Favoured Nation status awarded to Pakistan, an international trade partner, to ensure non-discriminatory trade between all partner countries of the World Trade Organisation. It also called for the country’s blacklisting from FATF’s International Country Risk Guide (ICRG) on February 18. Coupled with the move to greylist Pakistan, India’s position of power to decide on its future in the could prove to be catastrophic for Imran Khan’s government.

Running out of foreign reserves, Pakistan currently grovels in huge debt, especially to China for its infrastructure-related initiatives. It was also recently reprimanded by the US for refusing to deal with homegrown terrorism comprehensively, which resulted in the suspension of $1.66 billion in military aid. With its back to the wall, the cash-strapped nation had to turn to Saudi Prince Mohammed bin Salman, who extended a helping hand by investing $20 billion in Pakistan, a move that many critics say draws the country unwittingly into the Saudi-Iran rivalry and a toxic transactional relationship.

Facing a yawning current account deficit and fighting to secure its financial future, the fate of Pakistan’s economy, therefore, seems inextricably linked to how its leverage in the international playing field, and how well it tackles the problem of militancy on its territory.