The ‘Omnipotence Paradox’ Explained With A ‘Frame Of Reference’

While there may be no definitive answer to unstoppable force vs immovable object, a clearer understanding can be obtained by the concept of the ‘frame of reference.’ 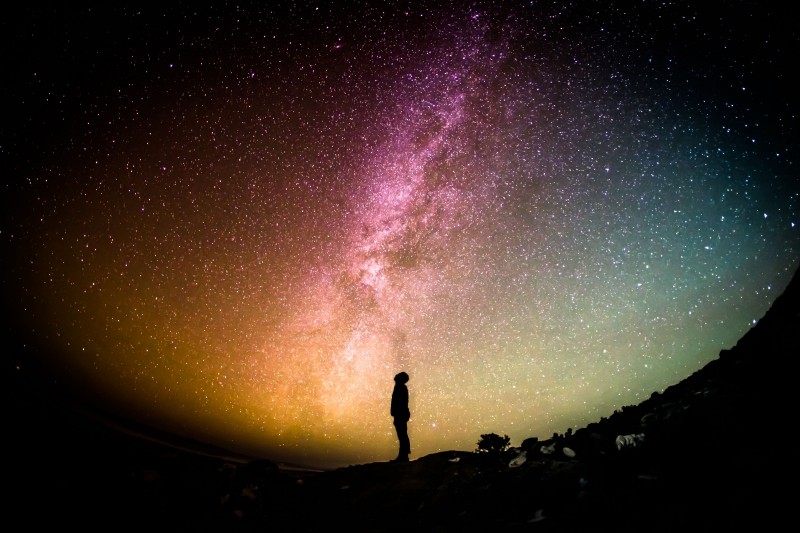 A possible take on the explanation is as twisted as the paradox itself. Credits: Visual Hunt

Philosophy remains at the forefoot on the idea of thinking or on the approach of most mathematicians and scientists and whenever you evolve your mind to suppose on the far side of the realm, you feel yourself to be beset by nothingness and darkness amidst the galaxy. In school, you would have stumbled upon a matter on which you would have wanted to do all forms of mental juggling.

However, simply before you get on board, brood over this for a short while till it seems to be too deviant for you.

Breaking it into two

As the question engulfs us, sinking deeper and deeper into it in all probability, making us realise that what’s been asked is truly larger than the universe but it’s not quite so creative. While not saturating our brains further with all kinds of redefinitions settled by philosophers, let’s alter the two entities in hand: The unstoppable force and an immovable object.

An unstoppable force, from the perspective of a layman, sounds to be an imperious force, probably more forceful and fearful than an earthquake that sweeps away any object, irrespective of the size or mass that comes in its path. The energy of the force should not depreciate a trifle throughout the course of its transmission from one object to another.

Hence, by terminology, an unstoppable force, in order to become unstoppable, ought to possess infinite energy. On the other hand, an immovable object is non-submissive to any force of any magnitude, from being palpable to an asteroid attack, that is, it won’t shift from its place at all. This seems coherent only when it bears infinite mass or infinite inertia.

History has never been kind to any of the futile attempts made in answering the question by investors but time and again, it remains a witness to, however, not one but many of its exuberant forms ever since the birth of humanity. One such instance remains embedded in an exceeding story of a philosophical book from the 3rd century BC, titled “Han Feizi.”

The story describes a merchant of spears and shields who tries his best to reap the simplest of his day. On being asked about his spear, he gives a handy reply that it could pierce any shield whilst his shield could defend any form of spears it encounters. The vendor becomes incontestable whilst being confronted with the aftermath of the attack of his spear on his shield. This paradox left its invisible and still inconspicuous footprint in mythology as well.

In the story of Teumassian Fox, who could never be caught and the hound Laelaps, who never missed what it hunted for, the crux goes back to stand one. Even in trendy Hollywood movies, this contradiction, that hasn’t lost its disarming charm a bit, has shown plenty of craze. From DC Comics’ “All-Star Superman” to the films “Imagine Me and You” and “Knight Rider, KITT”, each one became magnetised to that particular dialogue. In 2008, The Dark Knight the Joker enthralled the audience in their final scene with Batman.

A change in perspective

The contradiction can often be brought in analogy with many different conflicts of interest which are undesirable and so mind-boggling at the same time. Many answers were able to throw some light on this issue. However, none appeared so benignant. Dr Christopher Kaczor claimed that there is no contradiction in and on itself, however, just a false perplexity; false within the sense that it arises by choice once a misconception is employed to govern a specific outcome.

By his thoughts, a ubiquitous person would never need to modify his mind. If he wills, it might portray lack of power and deprivation of his worldly possessions. Dynamical fortune would be inconsistent and not called for with omniscience, instead of contradicting it. Currently, if we tend to keep the two concepts aspect by aspect, a force with infinite inertia would be as per the definition of an immovable object whose momentum or motion cannot be modified anyhow and would bring pause to any object moving thereto, thus making it an unstoppable force.

If we glance at it from a different perspective, we would cause an equivalent conclusion once more. For the force to be unstoppable, it might need all forms of energy from the planet. That may drain away all the sources of radiation and the mass of earth in its condensed form. Hence, nothing would remain so as to construct or revive an immovable object and now if we tend to take care of the immovable object first, it might need the complete mass of our planet and every scrap of radiation regenerated into mass. There would be no supply of energy left. Either of the two can sustain at a time. Both are interchangeable and thereby, meet at the same point.

After a while, a well-known Youtube channel, “minutephysics”, came up with an appreciable solution to this ever-popular paradox. The basis of this solution is the idea of the frame of reference. For instance, you are lying on your bed asleep. Somebody at your home would see you not moving the least bit. However, if we think out of the box and suppose that the same person is travelling in a rocket that is passing by the planet Earth, it would consider you to be moving. That is the concept of the frame of reference.

The ‘frame of reference’

Now, an immovable object can be made movable by producing an external force or acceleration on it. Newton’s 2nd Law states that Acceleration is equal to Force divided by Mass (A=F/M). So, an unaccelerated object is such an object which has infinite mass. Mathematically, this can be proven very simply, as A=F/M, where F is a finite quantity but M isn’t. This leads A to become zero. So, not being able to accelerate an object doesn’t essentially mean that it’s not moving but having said this, it can’t change its speed directly. This ends the talk about the immovable object.

Now, all kinds of unbeatable forces in nature are caused by particles like photons, gluons, gravitons and many others that interact with an object and change its momentum. The only way to not be affected by a force is to not interact with it at all. For example, light is an unstoppable force that every photon emanating from itself hits your body and changes your momentum while you can do nothing about it except if you are transparent or avoid the light altogether. So, all forces are already unstoppable.

An unstoppable force is not assigned to mean any force like electromagnetism or gravity, but something one cannot avoid himself from, that is, an object whose velocity cannot be changed by pushing on it, which means it cannot accelerate. Doesn’t this sound familiar? Recalling what we have learnt earlier, an unstoppable force must be identical to an unaccelerated object, this boils right down to the obvious conclusion that the unstoppable force and the immovable object are the same, however, viewed from different reference frames.

Since infinite mass requires infinite energy, anything existing alike is on the far side of our recognition but what if we ignore gravity and imagine if there were an unaccelerated object? Well, the first requirement would be an infinite source of free power which would allow us to contently break the 2nd Law of Thermodynamics. So, if two such vastly large unaccelerated, immovable objects are nearing towards each other collided but since by definition, it’s out of the question for either of their velocities to alter, the sole risk is that they pass right through each other without any impact on each other at all.

Although this philosophical question is as old as humanity, philosophers are still ruminative over the imperial truth. The question has been so adroitly oriented that both the unstoppable force and the immovable object are analogous to each other, but nobody has put the mirror in between them. The paradox encapsulates the utility and the powerful intellectuality of humanity, which we hardly get to examine these days and regrettably, hold dear at such times.