Everything you need to know about why companies announce share buybacks

Primarily, buybacks drive up the share prices in the short-term. This increase in market capitalisation is, thus, not because of some real economic activity but because of a financial transaction that is purely speculative in nature. The result is higher earnings per share (EPS). William Lazonick, in his Harvard Business Review paper “Profits Without Prosperity” mentions share buybacks as something that increases the prosperity of company’s executives and not the shared prosperity of those who rely on those investments. He goes to the extent of pointing out that “in essence, Rule 10b-18 legalized stock market manipulation through open-market repurchases”. 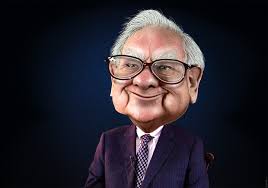 Warren Buffet’s Berkshire Hathaway bought back its own shares worth close to US$1 billion. Credits: Flickr/@donkeyhotey

Warren Buffet’s Berkshire Hathaway, with more than US$100 billion in cash holdings and high stakes in Apple, Coca-Cola, Bank of America, American Express and Well Fargo, reports CNBC, bought back its own shares worth close to US$ 1 billion because the share existing pricing “did not reflect the intrinsic value of its shares”. Apple, Qualcomm, Paypal Royal Dutch Shell, according to reports from 24/7 Wall St, are some other companies that were involved in major buybacks in 2018. Though buybacks are not a new phenomenon, 2018 is the year of buybacks with Goldman projecting US corporate governing boards authorising buybacks worth US$ 1 trillion in 2018. Dubravko Lakos-Bujas of JPMorgan Chase & Co. estimated that share buybacks will amount to US$ 800 billion in 2018 in comparison to US$ 530 billion in 2017.

A short history of buybacks

Before anything else, let us explore a little bit of history. The world economy slowed down during the late 1970s and there was productivity slowdown in the US. Until 1982, it was illegal to engage in share buybacks because it was considered akin to share price manipulation. But, Reagan administration allowed SEC to institute Rule 10b-18 of the Securities Exchange Act. It still doesn’t explicitly allow companies to buy back their own share in order to manipulate share prices artificially. But what is does allow is, according to US SEC, providing “issuers with a “safe harbor” from liability for manipulation when they repurchase their common stock in the market in accordance with the Rule’s manner, timing, price, and volume conditions.” As a practitioner and lecturer of law, I do not hesitate in admitting that, unfortunately, for all practical purposes, law has been reduced to merely a means to a particular economic end. Without going into the philosophy of law, let us discuss why share buybacks are relevant to our economy.

Of buybacks and tax cuts in today’s economy

In market economy, investments are sought to be increased and companies better not hold cash lying idle in domestic or foreign accounts because it is not economically efficient and further aggravates the recession. More investment leads to more economy progress indicated by growing economic output, increased employment, rising salaries and further consumption leading to boost in economic activity. How do the companies have more financial resources for further investments? Tax cuts! The Trump administration introduced, what was arguably, the biggest corporate tax cuts in the US, from 35% to 21% in 2017 surpassing the US President Ronald Reagan’s from 46% to 34% in 1986. Tax cuts mean that less comes into the state purse for public spending which is also a means to achieve economic development but not that popular as the state is considered to be inefficient in taking economically efficient decisions. However, have tax cuts been able to deliver what they have been articulated to? No. Tax cuts should have had left more money with the corporations to be further invested. But, what really did happen, was that the corporations grew their cash piles to billions of dollars but nothing was being invested.

The Institute on Taxation and Economic Policy’s 2018 Report highlights that tax cuts in the US have reduced the federal revenue by trillions and the same will amount to US$10.6 trillion by 2025, lopsidedly benefitting the richest 1%. The UNCTAD’s World Investment Report 2018 clearly mentions that the investment in 2017 fell by 23% from the previous levels. A major part of it has got something to do with how financialised economy works. So, if the taxes are cut and no investment is happening to boost the economy, where is some of the money going? The money is used for share buybacks in a highly financialised economy.

The current corporate structure is based on shareholder-value model implying that the purpose of a corporation is to maximise value for its shareholders. This leads to management of company engaging in short termism in order to earn more profits for the shareholders. The same has been highlighted by European Parliament’s communication and MIT’s paper. However, earning more profits based on real economic activities is a thing of the past. These days profits are made through increasing market capitalisation of company reflect in its share prices on stock markets. When stock-markets are not bullish and there is slump in the economy, market capitalisation of company suffers and limits it further prospects of procuring finance.

In other words, when the returns on investments do not look that bright, people do not invest further. So, what should management of company do in order to increase its market capitalisation? Probably, coming up with more innovative products or services to increase the profits? No, that is too tedious and time-consuming, while also needing further investment which is very unlikely because of the current stock prices. So, what then? Use the money lying in banks or elsewhere to buyback your own shares.

Primarily, buybacks drive up the share prices in the short-term. This increase in market capitalisation is, thus, not because of some real economic activity but because of a financial transaction that is purely speculative in nature. The result is higher earnings per share (EPS). William Lazonick, in his Harvard Business Review paper “Profits Without Prosperity” mentions share buybacks as something that increases the prosperity of company’s executives and not the shared prosperity of those who rely on those investments. He goes to the extent of pointing out that “in essence, Rule 10b-18 legalised stock market manipulation through open-market repurchases”.

Irene Tung and Katy Milani, in a joint publication of the National Employment Law Project (NELP) and the Roosevelt Institute, “expose the extent of stock buyback spending across the U.S. economy from 2015 to 2017—finding that companies spent almost 60 percent of net profits on buybacks. At a time of growing economic inequality, with millions of workers in low-wage industries struggling to make ends meet, that is money that corporations could instead use to improve worker pay.”

J.W Mason, in his 2015 Roosevelt Institute Report titled ‘Understanding Shirt Termism’, highlighted that “the scale of money that finance is taking out of firms is an order of magnitude greater than estimates of the money that finance puts into firms. Total shareholder payouts in 2014 were over $1.2 trillion, while general estimates show that money going from investors to businesses in the form of IPOs and venture capital (VC) is less than $200 billion. This implies that for every $1 invested by finance more than $6 is taken out by finance.” It means that financial system is not pumping in but pumping out the money from the real economy. Lenore Palladino, at Roosevelt Institute, in her paper ‘Stock Buybacks: Driving a High-Profit, Low-Wage Economy’, explains it all.

In view of the aforementioned, it becomes important for an ordinary man to understand the basics of our economic system, because ultimately, it is us who pay the price.

Paramjeet Singh Berwal is a lawyer and an invited lecturer at the University of Georgia.