Employees’ State Insurance scheme gets a boost from the government

The government’s move to expand the scope of the ESI scheme will benefit crores of workers across the nation. 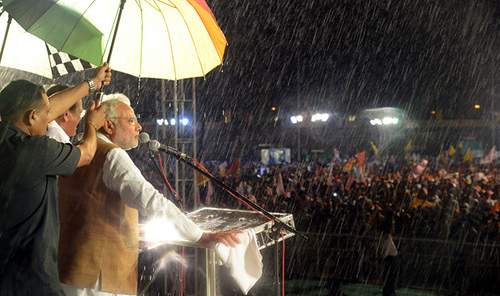 In line with Prime Minister Narendra Modi’s ‘Vision 2022’, the government has decided to expand the coverage of the Employees’ State Insurance (ESI) scheme in each of the country’s districts, in order to bring nearly ten crore workers under its ambit. The Union Labour Ministry has also decided to open a super-speciality hospital in each state.

Operations of the ESIC

Currently, there are only two super-speciality hospitals operated by the Employees’ State Insurance Corporation (ESIC) in Kollam, Kerala and Sanath Nagar, Telangana. The ESIC will take over the operations of the ESI Hospital in Bareilly, previously under the administration of the Uttar Pradesh government. Besides taking control of existing hospitals, ESIC has also approved plans to set up a super-speciality hospital in Bhubaneswar, Odisha and 100-bed hospitals in Chattisgarh and Bihar.

It will continue the 50-bed ESIC model hospital in Patna, which can be upgraded up to 100 beds. Additionally, it has decided to establish a modified Employers’ Utilisation Dispensary (modified EUD) and a vigilance inspection unit in ESIC hospitals, on a pilot basis, to expand the ESIC’s primary care services.

Initially, it was implemented only in Kanpur and Delhi but now has a nationwide presence, comprising of over 843 centres. It is an autonomous corporation under the Indian government’s Ministry of Labour and Employment. The scheme is financed by both employers and employees, who contribute 4.75 percent and 1.75 percent, respectively. Daily wage workers who earn less than Rs. 175 are exempt from contributing.

The scheme is administered by the ESIC, a statutory corporate body, the members of which range from employees, employers and medical professionals to government officials and Members of Parliament (MPs). Its Chief Executive Officer is both the Director-General and an ex-officio member of the corporation.

It covers employees in the organised sector, who earn up to Rs. 21,000 per month. Non-seasonal factories, shops, hotels, restaurants, cinemas including preview theatres, newspapers, road motor transport undertakings, private medical and educational institutions, with ten or more employees, come under the purview of the Act. In Maharashtra and Chandigarh, the threshold for coverage remains at 20 employees.

The ESI scheme is operational in all States and Union Territories except Manipur, Arunachal Pradesh and the Lakshadweep Islands. Under the ESIC, employees are entitled to medical care for themselves and their family. They will get 70 percent of average daily wages in cash during a medical leave of up to 91 days and complete average daily wages in cash during maternity leave and in the event of adoption or miscarriage.

Monthly payments will be made in case of temporary and permanent disablement or involuntary employment. Dependents will also receive the payment in case of injury during the course of employment. Cash benefits are disbursed through 682 branch offices and 185 pay offices.