Several start-ups have now come up with anti-pollution devices as Delhi chokes under a hazardous smog. 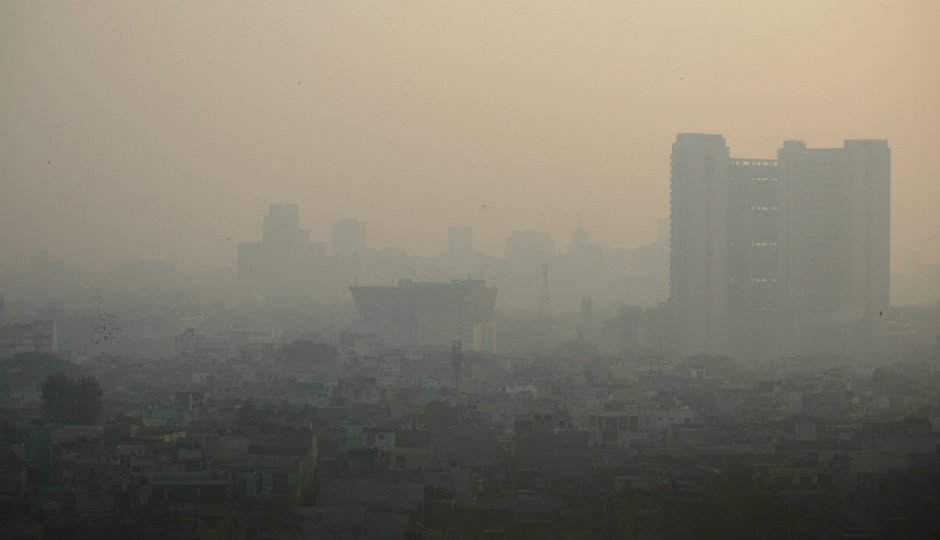 On Monday, Delhi and the National Capital Region (NCR) witnessed “severe” air quality with the minimum temperature recorded at 13.4 degrees Celsius, the Met office said, as per an IANS report. According to the System of Air Quality and Weather Forecasting And Research (SAFAR), the air quality in NCR remained “severe.”

Pollution in the national capital has reached unimaginable levels, and preventive measures are proving to be ineffective. People flouted Supreme Court’s recent ruling banning all but “green crackers” with impunity. Haryana’s chief secretary D.S. Dhesi has said that the state’s farmers are being wrongly blamed for Delhi’s deteriorating air quality. As authorities keep trading insults and blame, the national capital has a serious health crisis on its hands that is affecting sporting events as well.

Why is Delhi’s air so bad?

Usually, Delhi sees a decline in its air quality in Delhi around October when slower winds and cooler temperatures trap pollutants closer to the ground. However, data published by the government’s Central Pollution Control Board (CPCB) showed that for the last three years, the air quality had been categorised as “very unhealthy” even in April and May.

Aishwarya Sudhir, an independent researcher who studies air quality in India, said that the decreasing level of air quality in June 2018 was a wake-up call that Delhi had a serious problem. Sudhir said, “Polluting activities keep going on in the city during summer, including construction, allowing road dust to linger, the operation of coal-fired power plants and other things,” the Guardian reported.

Experts added that a sudden spike in pollution levels could be due to a rise in natural and coarse dust particles. The levels of dust particles have skyrocketed since September 24, which was when Delhi received its last rainfall.

How has stubble burning contributed to the crisis?

Stubble burning in neighbouring states of Delhi on Thursday was the “largest-ever recorded” this year which  could further deteriorate Delhi’s already “severe” air quality.

According to the Indian Institute of Tropical Meteorology (IITM), a total of 2,100 fire counts were observed over the north western region of India. “It was the largest-ever recorded for this year. It was around four times higher than Wednesday,” IITM said, PTI reported.

The National Green Tribunal (NGT), on Monday, summoned the chief secretaries of Delhi, Punjab, Haryana, and Uttar Pradesh. With a view to curb the practice of stubble burning, the NGT directed the officers to come up with a plan to implement the provision of incentives to farmers.

Additionally, the NGT also directed the Centre to convene a meeting with the respective state governments to finalise a solution to curb stubble burning.

“We also feel the need to direct senior officers in the spirit of finding out a solution. For this purpose, we direct Secretary Agriculture (Centre) and Chief Secretaries of Delhi, Punjab, Haryana, and Uttar Pradesh governments to organise a meeting and hold discussions on the same” a bench headed by NGT Chairperson Justice Adarsh Kumar Goel said, the Hindu reported.

This comes after the government’s earlier measures for farmers seem to be failing. In an attempt to provide a cost-effective and eco-friendly solution to farmers to deal with the problem of stubble burning, in March, the Centre approved a Rs 1,151 crore scheme to promote an in situ management of crop residue in Punjab, Haryana, Uttar Pradesh, and Delhi.

The amount was approved by the Cabinet Committee on Economic Affairs (CCEA), and was used to promote agricultural mechanisation for this purpose for the next two years (2018-20). Under this scheme, the government was to assist individual farmers, cooperative societies, farmer producer organisations, self-help groups, private entrepreneurs, and registered groups of women farmers.

How burning of crackers added to the pollution?

Delhi’s air quality was expected to deteriorate to “severe plus emergency” category after Diwali. Air quality was reportedly “bad” on November 8 even though “partial toxic crackers” were burned, SAFAR told PTI.

Delhi’s poor air quality has become an unlikely boon for Indian start-ups. Several start-ups have now come up with anti-pollution devices as Delhi chokes under a hazardous smog. According to a report in the Times of India, Delhi-based start-up NanoClean Global has used special cellulose-based fibre to develop nostril filters. These filters can trap microscopic pollutants with diameters between 2.5 and 10 micrometres. These “Nasofilters” cost a meagre Rs 10 and can be worn for up to 10-12 hours daily.

Bengaluru-based startup Devic Earth has developed a device named Pure Skies, which uses radio waves to scatter pollutants with diameters between 2.5 and 10 micrometres, nitrogen oxide, and sulphur dioxide. This device sends out waves that scatter pollutants and clean up the air over an area. The Delhi government used this device to improve the air quality during the Delhi Half Marathon in October.

What measures has the government taken?

The Centre launched the Clean Air Campaign to combat the increasing air pollution levels. The 10-day campaign was launched by the Union minister for environment, forest, and climate change, Harsh Vardhan, after Delhi’s air quality was categorised as “severe” towards the end of October.

In another instance, Vardhan flagged off five buses fitted with an innovative device called “Pariyayantra,” which cleans ambient air as it moves. The Pariyayantra works without electricity, and its filtration power is equivalent to that provided by six air purifiers.

After that, Delhi Environment Minister Imran Hussain announced the deployment of 44 joint teams from various agencies to keep an eye on air pollution in the national capital. The teams were to be deployed from November 1. They were mandated to take action against garbage burning, stubble burning, vehicular emission, traffic choke points, dug up and dusty roads, industrial emission, construction and demolition waste, and use of diesel generator sets.

According to recent reports, pollution levels in Ghaziabad, Noida, and Greater Noida on Sunday were in the “severe” category once again. According to data released by the CPCB, the air quality index (AQI) values of the three cities stood at 440, 445, and 436, respectively.

Experts are of the opinion that Delhi will continue to face hazardous conditions unless a long-term plan is put in place. “Similar conditions will prevail year after year if there is no long-term plan which is taken up in the NCR region throughout the year and not just during the months of October and November. The green paving of roads, reduction of vehicular pollution and emphasis on public transport will help in long term,” said Akash Vashishtha, a lawyer and environmentalist, Hindustan Times reported.