Dabangg 3 is the Story of a 53-Year-Old Salman Khan Romancing a 21-Year-Old..That’s About It

The first few minutes of Dabangg 3 do an incredible job of lowering expectations, foreshadowing in a way, the unpardonable daftness that makes up the film’s 162-minute runtime. Eventually it becomes clearer that this film is just an excuse for 53-year-old Khan to romance actresses half his age. 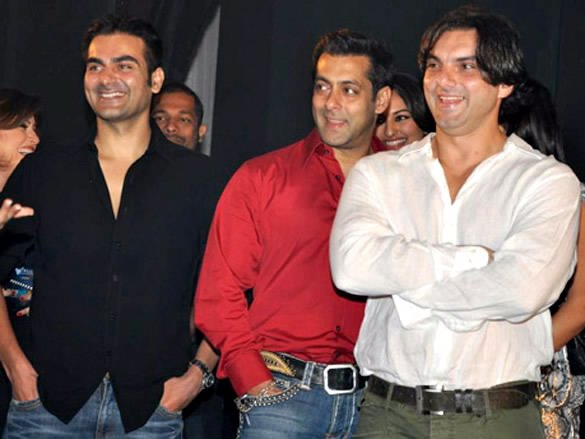 By now, the Dabangg franchise — nine years in the making — has earned a reputation for getting by with the bare minimum. It’s apt then that the comic-book homegrown-cop action universe is shepherded by Salman Khan, an actor who physically embodies the art of doing very little and making it work for him. In these films, Khan doesn’t act as much as widens his eyes to emote varying degrees of buffoonery. His disinterest in moving his body is so blatant that the makers had to invent a whole new genre of pelvic dancing.

Still, Dabangg (directed by Abhinav Kashyap) and Dabangg 2 (directed by Arbaaz Khan) partially succeeded — if their aim was to fashion a two-hour long film out of infuriatingly catchy one-liners, juvenile gags, and a generic underdog revenge template. But, in Dabangg 3, it’s clear as day, after the opening five minutes no less, that this tedious premise is long past its expiry date.

The first few minutes of Dabangg 3 do an incredibly dedicated job of lowering expectations, foreshadowing in a way, the unpardonable daftness that makes up the film’s 162-minute runtime. There’s the trademark Chulbul Pandey violence with a dash of tomfoolery, a litany of unfunny testicle gags (it’s referred to as gulab-jamun; the less you know the better), unnecessary wardrobe malfunctions, and weirdly misplaced shoutouts to Ariana Grande, Madhuri Dixit, global warming, and even the Fit India Movement.

For a moment, I joked to myself that the only way the scatterbrained proceedings would make sense was if the film was written by Salman Khan, Hindi cinema’s original scatterbrain. As it turns out, reality is stranger than fiction, because Dabangg 3 is actually co-written by Khan, who just last year scarred our ears with the lyrics, “Ik baar baby selfish hoke apne liye jiyo na” for Race 3.

In Dabangg 3, Khan stretches the average patience even thinner by writing himself as the saviour of feminism. In one scene, he claims that he can never raise his hand on a woman, before actually raising his hand on a woman, and then branding that act of violence as a step towards female empowerment. You don’t have to be Aishwarya Rai to be filled with an inexplicable urge to roll your eyes at the tone-deafness of it all.

On paper, the plot of Dabangg 3 revolves around the origin of Chulbul Pandey, and the circumstances that lead him to go from Dhakkad Chand Pandey, a village wastrel devoid of charm, to the eccentric Robin Hood of Uttar Pradesh. In case it isn’t obvious yet, Pandey’s makeover naturally hinges on a glaring antagonist (Kichha Sudeep) with more expressions than him, a wedding that never happens, some awful CGI-grade slow-motion violence, a reverse dowry offer, and the cheap death of a woman.

In reality however, the film is actually a long drawn out excuse for 53-year-old Khan to romance actresses half his age. In Dabangg 3, Khan’s Pandey has a son and a doting wife (Sonakshi Sinha) but that is hardly an obstruction for him to romance Khushi (21-year-old Saiee Manjrekar) in a flashback sub-plot, and 20-year-old Warina Hussain in a needless item song. In what comes as a surprise to no one, both these women have nothing to do — a prompt punishment for daring to make a movie with Bollywood’s eternal virgin.

To be fair, it’s not as if the protagonists who are given things to do in Dabangg 3 do much either. There’s only so much you can say about a film whose major plot twists rests on Arbaaz Khan — an actor still uncomfortable with one face — being two-faced.

This time around, the directing duties have been passed on to Prabhudeva which does nothing except make you nostalgic for the time when Prabhudeva was just the dude dancing to “Que Sera Sera” and not creating the plague called “Munna Badnam Hua”.

It’s almost foolish to expect a display of logic or accountability from Salman Khan any longer, but even by his standards of abject nonsense, the timing of Dabangg 3 couldn’t have been worse. At a time when the country is reeling from the aftermath of police excess — specifically Uttar Pradesh where the police has free reign — here is an overgrown man gallivanting around a big screen glorifying police violence and the male-ego. 2019 couldn’t end sooner.