Curious Kids: why do tigers have whiskers?

Why do tigers have whiskers? – Valentina, age 4, London. 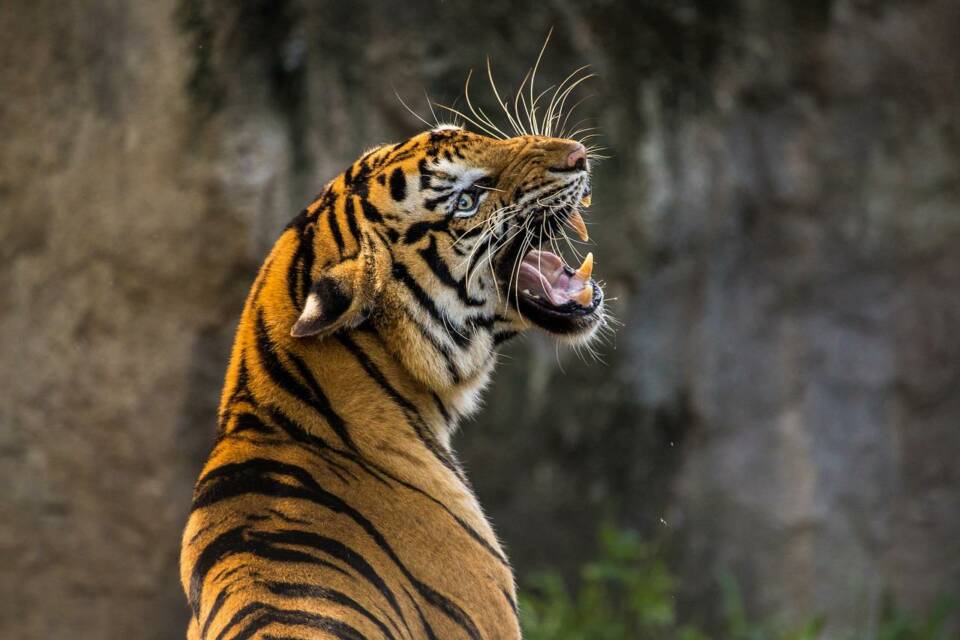 A tiger’s whiskers are not just for decoration. They help it find its way around small spaces even when it is completely dark and can send important messages to the tiger’s brain.

Just like how the hairs on your arm can feel a soft breeze blowing or a spider crawling on you, whiskers on a tiger’s face and chin give it messages about what is going on around him or her.

But whiskers are not just ordinary hairs. They are thicker and go deeper into the tiger’s skin. In fact, they are connected to its muscles and to something we call the “nervous system.”

Most animals (including you and me) have a nervous system in their body which sends messages to the brain about the world they feel and sense around them.

Whether it is a small paper cut or a tickle, the nervous system can feel it all!

At the end of a tiger’s whiskers is a small but important body part. Its official name is a “proprioceptor”, but you can think of it as an alarm.

This alarm sends messages to the tiger’s brain about what is around it.

Whiskers are so sensitive they can even feel a small change in the air or wind around it. That could be important information for a tiger – it may be a clue that an animal it would like to eat is rushing past it. In other words, it could help them hunt in the dark.

If the whiskers tell the tiger it is moving into a small space where it could get stuck, or towards something prickly, that will help the tiger be more careful and decide where to put their next step.

Having whiskers can help a tiger guess the distance between two places. This is helpful to them when they need to jump, crouch or slide underneath a log or a cave. And did you know tigers even have whiskers on their legs?

As you can see, whiskers make life easier for tigers. They help them hunt, find their way in the dark and sense when danger or a tasty snack is nearby.

That process – where certain features that help animals live longer get passed on to the next generation – is called evolution.

So I guess you could say a tiger has whiskers because of evolution!