4 Congress MPs were suspended from the rest of the Monsoon Session of the Lok Sabha, for causing disruption, entering the well and raising slogans.. 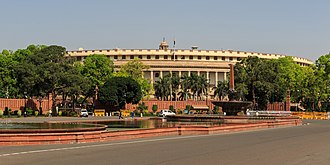 4 Congress MPs were suspended from Lok Sabha Monsoon Session after their protests and slogans against price rise caused disruption in the parliamentary proceedings.

Opposition MPs, protesting against inflation, shouted slogans and held placards inside the premises, leading to a warning from Lok Sabha Speaker Om Birla.

The Speaker was requested to disqualify the protesting MPs, some of whom entered the well of the house after 3 which led to adjournment of the session.

‘The people of the country want the house to run. But it can’t run like this. I will not allow such a situation to remain in the house,’ the Speaker said.

‘Don’t think my kind-heartedness is a weakness,’ the Speaker added, as he adjourned the proceedings.

The Opposition has been demanding a discussion with Prime Minister Narendra Modi, asking him to address their concerns over rising inflation and the recent GST hike on essential goods.