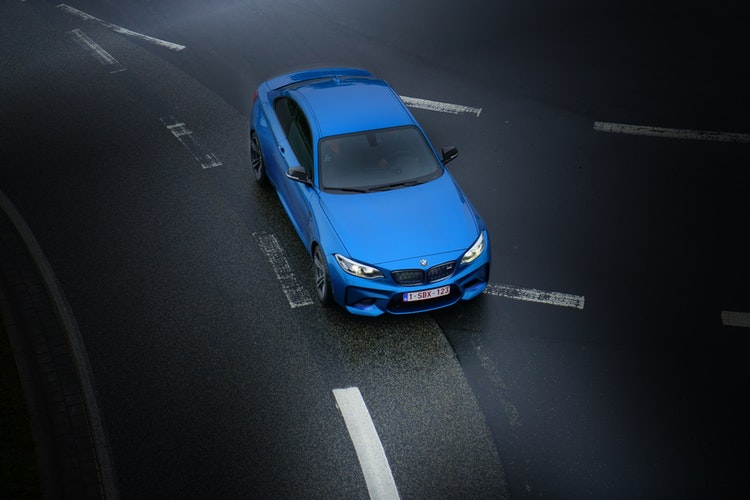 Mumbai, India, November 8, 2018— COCO by DHFL Insurance launched its new-age branding campaign to announce its new comprehensive motor insurance product – COCODrive – in an invite-only event at its Mumbai headquarters, on the 3rd of November 2018.

The video campaign of the COCODrive launch displayed quite a modern take on how millennials approach rather new-age issues. Just like COCO’s landmark two-wheeler ad campaign launching their comprehensive two-wheeler insurance – the COCORide – in September 2018, the new COCODrive four-wheeler insurance campaign – dubbed ‘Second Chance’ focuses on a contemporary societal phenomenon – of an elderly single man proposing to his elderly romantic partner for marriage. Ordinarily construed as taboo in conservative society, this liberal idea is shown to be promoted by the man’s son and the campaign brilliantly showcases an interplay of the COCODrive insurance policy as a means to successfully converge the new-age couple into a marital relationship.

A runaway success, COCORide ad campaign’s viewership has soared to nearly 4 million on YouTube alone, taking less than 60 days to reach that milestone since its launch on the 6th of September 2018. This led to the earlier brand campaign being featured as one of the top-3 exclusively digital ad campaigns in the month of September. If the success of the previous launch is anything to go by, the COCODrive campaign may yet reach even higher figures, and,at the time of publishing of this article, it has already grossed more than 11 million views on Facebook and YouTube! According to the company’s internal records, the first digital film based on the COCORide has grossed a total of 16 million views across all channels, a truly mind-numbing figure for this sector. As per the company’s leadership, such numbers are an anomaly in the General Insurance sector. Likewise, such close engagement with the millennial demographic seems to be a first as well for an insurance company.

Earlier in the event, the leadership team at COCO delivered a primer on the complex perception of insurance, elaborating on the opaqueness of product offerings and service deliveries in the insurance sector that has traditionally been dominated by agents and quasi-agent middlemen. The leadership team (that oversees marketing and communications) went so far as to proclaim that the approach to customer acquisition at COCO by DHFL General Insurance is not as overt and in-your-face as has been the case in traditional insurance companies in India, where agents and call centre officials continue to hammer potential customers with repeated inquiries as part of their campaigns. In fact, here at COCO, the approach is much more autonomous and lends freedom of choice to a potential customer, with an easy user interface and near-autonomy of purchase decisions that have ended up in record-breaking online purchase numbers. As per Mr Vijay Sinha, the Managing Director and CEO, nearly 30% of COCO by DHFL General Insurance’s online customers directly purchase an insurance product without even a single intervention by a tele-agent or a personal agent. This statistic alone underscores the potential of autonomous, unassisted transactions in the future of insurance in India, and also earmarks the success of the customer targeting strategy at COCO.

InsureTech and newer generation products, being spearheaded by COCO by DHFL General Insurance, are attempts at demystifying the dizzying outlook on this class of products. Insurance as a subject is complex by default and ineffective product campaigns and complicated consumer interfaces delay decision-making by consumers. Consumer decision-making is otherwise swift in simpler product classes, which involve ordinary choices between preferred colours in garments or even mobile phones of a particular brand or budget. COCO’s high customisation enables a simplification of the purchase decision in a hitherto unseen marketing campaign aimed at millennials and the youth.

The number of customisations numbers up to an industry-leading 19 choices, an array that assists in freezing consumer preferences as per absolutely individualistic choices. It is quite possible, for instance, that certain kinds of services – engine protection cover for example – are much more relevant in flood-prone areas such as Mumbai than they are in relatively barren areas in central or northern India.

In the status quo, there are hardly, if any, products that allow for the systematic addition or deletion of individual needs to particular insurance products as per an individual consumer’s preferences. COCODrive was conceptualized to cater to precisely such nuances and help individual consumers craft their own customised insurance product-cum-service offering, as opposed to existing products which bundle features which may be quite unnecessary at a much higher price.

For instance, a first for the industry is an option to discretely insure a vehicle’s tyres and ensure a replacement with an accelerated timeline. Micro-segmentation of such detail is indeed the future of the insurance sector and COCO by DHFL General Insurance is leading the way.

Over the last decade, the ‘InsurTech’ space has witnessed a bustling amount of activity with a number of new and incumbent players, which have collectively raised billions of dollars in venture financing. COCO by DHFL General Insurance is becoming quite the trailblazer, leading on many fronts as it seeks to expand its presence through ever-more-innovative products and class-leading service.

About COCO By DHFL General Insurance and Wadhawan Global Capital

The COCO By DHFL General Insurance company is backed by Wadhawan Global Capital under the leadership of Mr. Kapil Wadhawan. Wadhawan Global Capital (WGC) is a leading financial services group in India. WGC manages US$ 18.6 billion (£ 14.5 billion) of assets through its lending, investment and insurance platforms. WGC is the parent company to some of the most prominent brands in India such as Dewan Housing Finance Corporation Limited (DHFL) which is a market leader with three decades of experience in financing affordable housing, Aadhar Housing Finance, Avanse Financial Services, DHFL Pramerica Life Insurance, DHFL Pramerica Asset Managers and DHFL General Insurance. The company has a London-based wholly-owned subsidiary Wadhawan Global Capital (UK) Ltd.