The CBI carries out searches at 21 locations in Delhi-NCR, including at the premises of Deputy Chief Minister Manish Sisodia after registering an FIR in connection with the Delhi excise policy 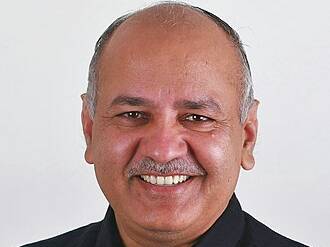 Another AAP minister, Satyendar Jain, has been in jail since his arrest in May, weeks after the party won the Punjab election, surprising parties like the Congress and the BJP.

The raid is said to be over the new liquor policy launched by the AAP government, which shut down down government-run outlets and opened up the market to private players.

AAP Chief and Delhi Chief Minister Arvind Kejriwal, who had predicted more raids after the one on Mr. Jain, said ‘nothing had come out’ in the earlier raids.

‘Welcome to CBI. Will cooperate fully. There have been many tests/raids in the past as well. Nothing came out. still nothing will come out,’ Mr. Kejriwal tweeted, mentioning the New York Times front-page article featuring Mr. Sisodia and praising the Delhi education model.

On July 30, Mr. Sisodia had announced a rollback on the newly-announced excise policy, amid a political row over Lieutenant Governor VK Saxena’s recommendation for a CBI probe over alleged violations in the policy’s implementation and lapses in procedure. The government then reverted to only government outlets being able to sell liquor in Delhi.

‘We have decided to end the new policy and have directed that government shops should open. I have ordered the Chief Secretary to ensure there is no corruption in government shops and no illegal alcohol is sold in Delhi,’ Mr. Sisodia told the media at the time.

The CBI is now investigating charges made by the Centre that the new excise policy caused losses to the public exchequer, liquor licenses were awarded to ineligible players and that the Delhi government allegedly enjoyed kickbacks and ‘commissions.’

The Aam Aadmi Party said it will extend full cooperation to the investigation.