A diary allegedly written by BJP member BS Yeddyurappa has incriminating evidence of him other BJP officials with bribes worth crores. 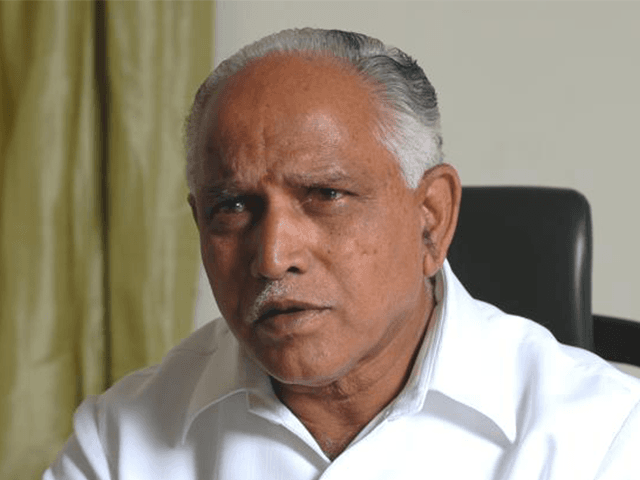 A diary allegedly written by BJP member BS Yeddyurappa has incriminating evidence of him other BJP officials with bribes worth crores. Credit: Livemint

A report in The Caravan found that BJP leader and former CM of Karnataka BS Yeddyurappa is at the centre of a bribing controversy that involves other top BJP leaders such as Arun Jaitley, Nitin Gadkari, Rajnath Singh, LK Advani, and Murli Manohar Joshi.

He made the entries in Kannada in a planner dated 2009. Each page of this diary has been signed by Yeddyurappa and is in his handwriting.

Yeddyurappa was Chief Minister of Karnataka from 2008 to 2011. It is unclear whether these payments were made in 2009 or at a later date.

The income tax department has copies of a diary maintained by Yeddyurappa that show BJP leaders having received over Rs. 1,800 crore in bribes.

Yeddyurappa’s diary entries say that he paid Gadkari an additional Rs. 10 crore for his son’s marriage.

He also allegedly paid Rs. 250 crore to judges and Rs. 50 crore to lawyers, but did not mention their names in the diary.

Eight state legislators in Karnataka have also benefited from Rs. 150 crore worth of bribes, says Yeddyurappa in his diary. Many of these politicians helped Yeddyurappa get elected in 2008.

The diary says that Gali Janaradhana Reddy made the payments on Yeddyurappa’s behalf.

Reddy was Karanataka’s minister of tourism and development in 2008. He has since been arrested twice for receiving bribes and defrauding investors.

Yeddyurappa has denied writing such a diary and claims that it has been doctored by the Congress.

BJP President Amit Shah has also come out against the diary saying it was forged by the Congress. He even made a snide remark against Rahul Gandhi.

“Few loose sheets given by a Congress minister, is only as credible and reliable as Rahul Gandhi’s leadership skills”, he said.

The Caravan found that the income-tax department and BJP government have had these diary entries since 2017.

The diary came into the possession of the income tax department following a raid of Congress leader DK Shivakumar’s residence in 2017. Shivakumar confirmed to the Caravan that the diary was taken from his residence. He also confirmed the authenticity of the diary.

A senior official at the IT department also told Jaitley about the diary entries.

The official also asked if action by the Enforcement Directorate, India’s economic law enforcement agency, is necessary. However, Jaitley has not taken action on the information yet.

“It is a fit case to be investigated by the newly appointed Lokpal”, said Surjewala.

The BJP in Karnataka suggested that Surjewala’s accusations are only to prove his allegiance to the Congress.

In a press release, the Central Board of Direct Taxes (CBDT), under the Ministry of Finance, said that it cannot confirm the authenticity of these documents despite analysis because the origins of the document are unclear.

The department added, “The same loose sheets prima-facie appear to be of a doubtful nature and were given by the person who was being raided for tax violations.”

There is no official word on whether an investigation will be carried out. Such a scandal has the potential to erode public confidence in the BJP very close to the election. However, this can be remedied if the Lokpal committee does investigate (as suggested by the opposition).

An investigation by an independent committee like the Lokpal could show the public that the BJP is committed to a culture of transparency and is confident in its innocence.