Newly emerging post-postmodern schools have a little more empathy for the human condition. 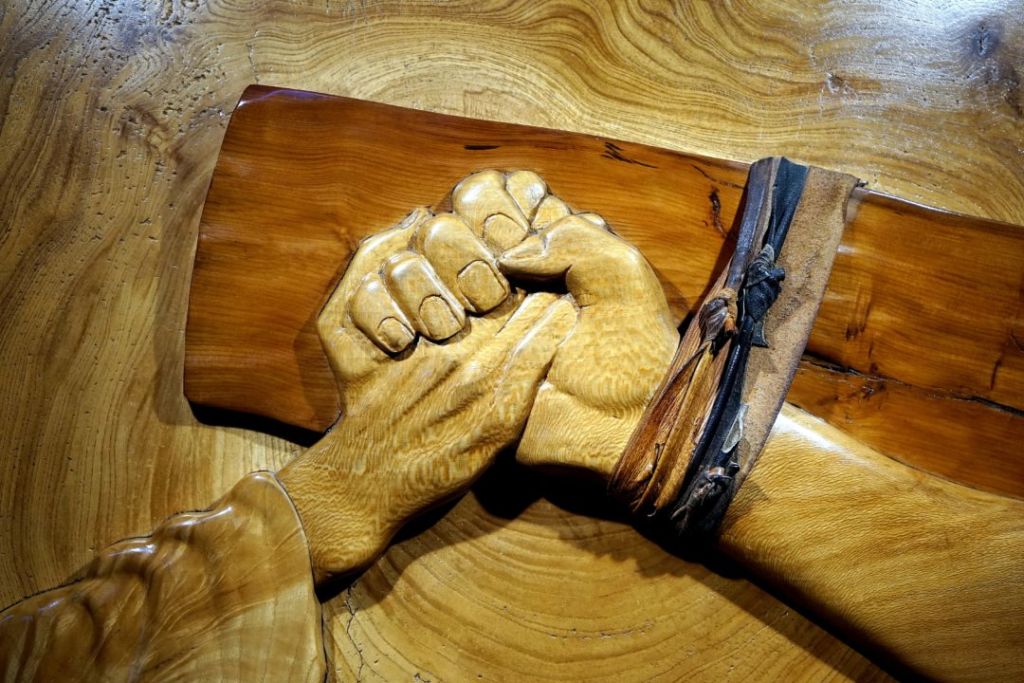 The survival instinct of animals makes them form packs, herds and hives. How does one bind people together as a tribe, clan, cult, kingdom or nation? How to make this bondage voluntary? For this, humans need a psychological instrument, a yantra. This yantra is created using stories, symbols and rituals which establish a subjective truth that serves as glue that binds people of different bloodlines, dispositions, and vocations. Those who subscribe to the subjective truth are insiders; the rest are outsiders.

In colonial times, this subjective truth came to be called ‘myth’ or ‘falsehood’ as it exists only in the psychological realm. Postmodern studies since the 1950s revealed that even concepts such as religion and nation-states are myths, as they too exist in the psychological realm, outcomes of yantras used to bind people together. But postmodern scholars are disdainful of subjective truths, yearning like their modern counterparts for ‘the’ truth, or assuming that the world has no truth, thus glamourising the anarchical. Thus we see Left radicals, from the safety of universities, mocking not just at religion but also the nation-state, irritating both the faithful and patriots.

Newly emerging post-postmodern schools have a little more empathy for the human condition. They respect myths as essential to the human condition to establish societies. In the new world order, mythology can be religious with one God, monotheism, or many gods, polytheism or a combination of the two, pantheism, henotheism. Mythology can be secular as in the case of the nation-state where there is no God or gods. If there is a God it is We, The People.

Religions, stories, symbols and rituals establish the subjective truth of a nation-state. In the case of India, how to establish a secular democratic republic? So the founders of this nation-state tell us stories of secular kings like Ashoka and Akbar, establish symbols like the national flag, national animal and national bird, and conduct rituals like singing the national anthem and hoisting the flag on special, ‘sacred’ days like Independence Day and Republic Day.

Increasingly, we find a shift in the subjective truth that is India. We are moving from no God or gods (secularism), to many gods (vote-bank culture) to one God (nationalism). Increasingly, to defy the state is to defy God. So what is blasphemy in a theocratic state becomes sedition in a democratic state.

The idea of God who creates the laws of a perfect world communicated through prophets and upheld through kings is essentially Abrahamic mythology. This is the most dominant template of religious mythology today. People assume that all religions follow this template. But Hinduism does not. This is because Hinduism is rooted in rebirth and based on the canvas of infinity whereas Abrahamic mythology, rooted in a single life, has a canvas that is fixed, limited. That is why Hinduism tends to be more speculative than instructional. This is exasperating for those who yearn for command and control, especially the followers of radical versions of Hinduism.

And so, India becomes Bharat Mata, a goddess, who must be worshipped and adored. She has her priests – usually celibate men of various ‘cultural’ and ‘political’ groups, who see her only as mother, not wife, lover, friend, sister or daughter, or even an individual with opinions of her own. Thus it is a case of ‘bhagwan’ controlled by ‘bhaktas’. It is but natural that the extreme Right who see State as God are at loggerheads with the extreme Left who reject God as well as State. They polarise people, as they relish ‘tug-of-war’ over ‘churning the milky ocean’ that produces butter for all.

Devdutt Patnaik is an eminent Indian mythologist who writes on relevance of mythology in modern times, especially in areas of management, governance and leadership.

The article was published on his blog Devdutt.com.