Black Panther: Loved by the world, hated by trolls

Black Panther, the latest Marvel Studios superhero film, has won over audiences from Mexico to South Africa with its powerful display of African and African-American talent. 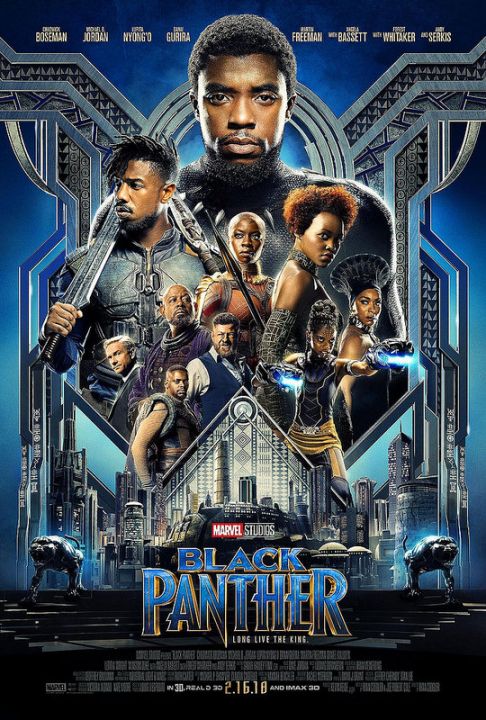 Black Panther, the latest Marvel Studios superhero film, has won over audiences from Mexico to South Africa with its powerful display of African and African-American talent.

After its opening weekend, the film is already a US and global box office hit.

According to Screendaily, the film is Disney’s highest performer outside of the US. It took 70% of market share on its opening day in Mexico, prompted the highest grossing Saturday ever in South Africa, set records in East and West Africa and saw the most successful opening day for a superhero film in The Netherlands.

This shouldn’t be surprising. The combination of high-octane Marvel superhero action, strong and aesthetically blessed characters, sci-fi scenery and incredible costumes is a heady mix.

But in an industry that has long been accused of a stifling lack of diversity, Black Panther’s success has been hailed as an overdue breakthrough for black actors and directors.

As Ryan Coogler, the prize-winning African-American director of Black Panther, put it in an interview with NPR:

“There’s a massive audience — not just of people of colour but everybody — who wants to see different perspectives in this myth-making.”

With a predominantly black cast, the film tells the story of the fictional nation of Wakanda. It’s the most technologically advanced nation on earth, but it masquerades as an impoverished country to thwart colonialist outsiders.

The scientist king of Wakanda is the eponymous Black Panther, who was the first African-American superhero to appear in a mainstream American comic strip in 1966 – predating the Black Panther political movement. Stan Lee, who created the character alongside Jack Kirby, described the overlapping names as a “strange coincidence.”

Decades later, the cartoon caught the attention of Coogler, now 31, who was tired of reading comic books with heroes who looked nothing like him as he grew up in California.

“As I got older, I wanted to find a comic book character that looked like me and not just one that was on the sidelines,” he told NPR. “And I walk in and ask the guy at the desk that day, and say, ‘Hey man, you got any comic books here about black people, you know, like with a black superhero?’ And he was like, ‘Oh, yeah, as a matter of fact, we got this one.'”

It was Black Panther. Fast forward to 2018, and Coogler’s hit interpretation comes at a fraught time for race relations in the United States and a moment of global reckoning for minority rights.

Perhaps inevitably, not everyone is a fan of the film. Christopher Lebron, Associate Professor of Philosophy at Johns Hopkins University, wrote that, though “unique for its black star power and its many thoughtful portrayals of strong black women,” it “depends on a shocking devaluation of black American men.”

He criticized the story’s reliance on black “African nobles” to save the day, with black American men relegated to the “lowest rung”.

At the extreme opposite end of the spectrum, Alt Right trolls have posted fake accounts of being attacked by black movie-goers at Black Panther viewings. They used photos from a violent Serbian video game and from victims of abuse in different contexts to post fraudulent tweets demonising the film’s fans.

If money talks, the $361 million Black Panther has grossed so far will silence them.

But for all the critical and commercial success of Black Panther, black actors, writers and directors still face formidable obstacles.

In a recent interview, the star of How to Get Away with Murder, Viola Davis, said that she was paid about “one tenth” of what a white woman would earn, despite her slew of awards.

“What they’re getting paid — which is half of what a man is getting paid — well, we get probably a tenth of what a Caucasian woman gets. And I’m No. 1 on the call sheet,” she said, referencing that she has been called a “black Meryl Streep.”

It seems Marvel’s far-flung fantasy is helping to stoke debate on the fractures in contemporary American reality.