Right from the AAP, BJP, and Congress to the Trinamool and CPI(M), many major parties are filing complaints with the EC of MCC violation 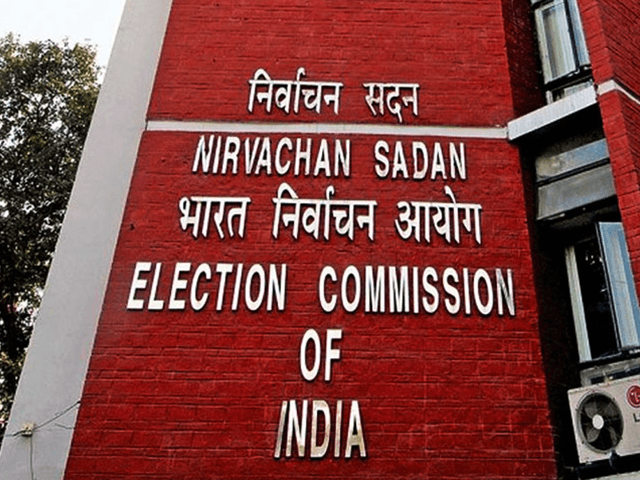 As the 2019 Lok Sabha elections near, campaigning is on in full swing. But with the power to campaign comes the responsibility to preserve the ethics of democracy.

After the election schedule was announced, the EC also implemented the Model Code of Conduct (MCC), a set of guidelines that all parties and candidates must follow to ensure free and fair elections.

These rules govern general conduct, meetings and processions, polling days and booths, manifestos, and the behaviour of the ruling party.

The EC has absolute power to supervise, control, and give direction to the Indian elections under Article 324(1) of the Constitution. It can also refer matters to the discretion of the President or Vice President of India. However, the EC must still abide by the country’s laws.

At the moment, complaints of MCC violation are pouring in.

What happened: Rajasthan Governor Kalyan Singh told party workers in Aligarh that he is a “karyakarta” (party worker), like them.

In an effort to calm internal tensions after Satish Gautam was announced BJP’s candidate for the Aligarh constituency, Singh said all BJP members were party workers and want to see the party succeed and Modi re-elected.

This is the second time a governor has been served a notice. In 1993, the EC found that then Himachal Pradesh governor Gulsher Ahmed had campaigned for his son Sayeed; that was an MCC violation. Ahmed subsequently resigned from his post.

Why is this a violation: The EC has found that his statement undermines the “prestige of the high office occupied by him”; reason: it compares the seat of the governor to that of an ordinary party worker.

Outcome: The EC will write to President Ram Nath Kovind and ask him to take appropriate action against Singh.

Times of India explains that as the President is the appointing authority for governors, the matter has been left to Kovind’s discretion.

West Bengal BJP gets hauled up

What happened: The EC and All India Trinamool Congress have both raised questions about BJP’s Babul Supriyo in West Bengal.

Additional Chief Electoral Officer Sanjay Basu said, “We are keeping a close watch on media; through surveillance, we came to know of the election campaign song of Babul Supriyo.”

Trinamool Congress, on the other hand, is slamming Supriyo for the song’s content that puts it in a negative light.

Why is this a violation: The MCC, specifically Section 126 of the Representative of the People Act, only allows election campaigning on electronic media after approval of appropriate licences and certifications. Supriyo, however, has been promoting the song without the necessary documentation.

Outcome: The EC has issued a show-cause notice to Supriyo; he must now provide points to the EC on why he should not be punished for an MCC violation. He has 48 hours to respond.

Supriyo said he will respond and send the song to the media certification department for release as per rules. He added that he didn’t officially release the song, only debuted it privately to party members who may have leaked it.

Former President of Jawaharlal Nehru University (JNU), Kanhaiya gained popularity after his famous ‘Azadi’ speech became cause for the government to book him for sedition.

After his release, Kanhaiya delivered another rousing speech on JNU campus; this time, he called for freedom from social evils and high-handed governments in India. He has become a youth political icon.

Kanhaiya is now campaigning on a CPI ticket from his constituency in Begusarai, Bihar.

Raut, who is also the editor of Saamna, said in his column ‘Rok Thok’ that the BJP will defeat Kumar in the elections even if the party has to tamper with the Electronic Voting Machines (EVMs).

Why is this a violation: The EC is concerned that Raut’s comments undermine the Indian democratic process because he suggests he will use unscrupulous means to win an election.

Outcome: The District Election Commissioner of Mumbai, Shivaji Jondhale, has issued a notice to Raut; he has asked the MP to respond to EC’s concern that he showed “lack of faith in the deployment of EVMs, muddying the electoral process”.

Raut confirmed that he received the EC’s letter on the MCC violation and will clarify his comments.

AAP gets notice for communal tension

What happened: Delhi BJP leader Vijender Gupta has taken issue with AAP candidate Raghav Chadha’s tweet showing pictures of a cow and calf on a doorstep.

The tweet said, “Door to door campaigning by BJP”.

Gupta believes AAP is trying to create communal tension through these images of an animal that is a sacred Hindu symbol.

“We will apprise the EC about how AAP is politicising cow and trying to create communal tension,” Gupta told reporters.

Why is this a violation: The MCC clearly states that no candidate or party can use its platform to incite hatred and tension on religious lines. However, the case must be made that the AAP did indeed provoke communal division.

Outcome: On Monday, April 1, Delhi BJP said it will file a complaint against the AAP for inciting communal tension.

What happened: The CPI(M) is taking BJP to the EC for PM Modi’s ‘Mission Shakti’ announcement of the anti-satellite (A-SAT) missile test. Modi made the announcement in the form of a much-awaited national address.

The last time Modi directly addressed the public was to announce demonetisation.

The CPI(M) believes that Modi’s use of his office to make the A-SAT announcement was one of “impropriety”. It also said the PM is using the aftermath of the Balakot air strike to gain points off military’s successes.

“The fundamental question was whether the Prime Minister, who is also a candidate of the BJP, can use the office and the prerogatives to try and influence for the sake of electoral benefit?” said the CPI(M).

The party also questioned whether it was ethical for Doordarshan to urge people to view the PM’s address on Twitter. It also took issue with UP Chief Minister Yogi Adityanath to call the armed forces “Modiji ki Sena” (Modi’s army).

The CPI(M) has even flagged Modi’s comments in a speech at Wardha; here, he equated the entire Hindu community to the recently acquitted Swami Aseemanand and others accused in the 2007 Samjhauta bombing case that killed 68.

CPI(M) Politbureau Nilotpal Basu said, “Another blatant attempt by the PM himself to rouse communal passions by implicitly referring to the outcome in the NIA [National Investigative Agency] Court.”

The AAP and Congress called foul over NAMO TV, a TV channel dedicated to Modi that debuted last week. The parties believe that NAMO TV disrupts the level-playing field.

The Congress also questioned the source of funding for the channel because it allegedly airs content 24 hours a day, including Modi’s achievements and biography, without any commercials or advertisements.

DNA India says, “It is unclear who owns it, who runs it, and where it get contents from.”

Why is this a violation: The EC doesn’t allow parties or candidates to use media of army personnel in campaign material.

Outcome: The CPI(M) has written a letter to EC Commissioner Sunil Arora over BJP’s “brazen” MCC violation. AAP member Mohd Irshad, too, wrote to the EC, asking if it has given permission for NAMO TV to operate.

The EC is still reviewing the complaints regarding NAMO TV and the Wardha speech; it had, however, set up a committee to decide whether or not Modi’s speech on A-SAT missile test violated the MCC.

The committee found that Modi didn’t violate the MCC, as public broadcasters Doordarshan and All India Radio didn’t air the speech live. Moreover, the EC found that clips of Modi’s speech these two sources published were from ANI, a separate news agency. It added that close to 60 other news channels also aired the PM’s speech.

The number of complaints seem daunting at first; they, however, show that Indian democratic processes are working and parties are holding each other accountable to follow the MCC. Moreover, the EC is also swiftly reviewing and passing judgements on each complaint.