Two days back, Panjuri Kachari village of Karbi Anglong district, that houses around 90 families, had an encounter with two men, whom they believed were xupadhoras. 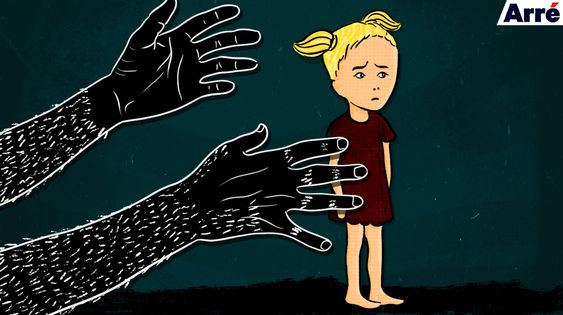 Most kids who have grown up in Assam have one thing in common — they are all scared of “Xupadhoras” (child abductors). A xupadhora is an imaginary figure lifted from folktales, much like Gabbar from Sholay. Stories of the havoc they wreak have been promptly passed down from one generation to another and are a foolproof modus operandi of disciplining kids. There’s nothing faster, quicker, and more effective than pulling a xupadhora trick on a not-so-well-behaved kid.

Like Gabbar, xupadhoras do not look like a society’s expectation of an “average person”. Their image — liberally twisted and modified by adults to suit their convenience — is something that children are shaken by – probably men with long dreadlocks, who do not dress up like the rest of us and live in “far-off places”.

Two days back, Panjuri Kachari village of Karbi Anglong district, that houses around 90 families, had an encounter with two men, whom they believed were xupadhoras. But why did the villagers identify Nilotpal Das and Abhijeet Nath as child abductors? Maybe they didn’t look like others in the village or maybe they fit their long-held image of a xupadhora or maybe it was because they came from “far-off places”. Whatever their reasoning was, it turned into a terrifying rumour that convinced a 100-strong mob to mercilessly lynch them.

The rumour doing the round was that the two xupadhoras had a kidnapped child in their black SUV. The mob, did not, for a moment, excuse themselves from their anger to hear the two people out. The men begged and pleaded with them, but to no avail.

There is a thing about mob lynching – unlike a murder which takes place in private, mob lynching has the sanction of the public. It is an insurmountable force driven by the sentiments of people. It carries collective anger and unanimous fear – a pairing blessed by the mob.

Although the boys were nature lovers, they should have informed the local police before visiting Kangthilangso waterfall.

As the men cried out for help, trying to tell the mob that they were “oxomiyas” (Assamese), the crowd kept baying for them to be beaten to death. The men, now defeated and scared, resorted to muttering the names of their parents hoping someone would hear them out and stop as the crowd. But there was no stopping the mob. A nation watched in shock as the video travelled through social media and soon became prime-time news.

As I watched the video on YouTube, it took me back to an episode of Black Mirror. In, “White Bear”, the camera distances the audience from the crowd and forces us backstage to gauge our imagination, measure our truth and introspect the consequences of turning humans into objects. As much I hate how it ends, the episode highlights a mob thirsty for blood. This mob was also no different.

Since the lynching, the authorities, have indulged in a vicious cycle of blame game. According to Deputy Commissioner Mridul Kr Mahanta, “Although the boys were nature lovers, they should have informed the local police before visiting Kangthilangso waterfall.” He further added, “If we had information about their visit, we could have taken steps to prevent it.” Except, since when did anyone need to inform the local thana before visiting a place, especially when it’s not even a permit area?

When an administration issues a statement directed against the victims who suffered a barbaric death, instead of the mob that caused it, it’s hard to not see it as a message on how we are comfortable with the idea of a culture that hesitates to condemn a killing

Don’t look at this lynching in isolation. Every day, we hear innumerable cases of people demanding that an entire village be burned down or entire families and communities be shunned. In a way, we have engaged ourselves into building a bigger and stronger mob to bully and lynch the ones who “need to be taught a lesson”. It’s become our reflex action; intrinsic to our personalities.

Like all other forms of vigilantism, mob lynching also depends on what is left unsaid. It’s open to interpretation. It creates an emotion as well as a secondary consciousness that exposes our biases and weaknesses. It exposes our irrationality, our hatred, and our intolerance. Most importantly, it uncovers us as a society.

For instance, people have gone as far as blaming Das and Nath’s appearances – their clothes and hairstyle – for mistaking them for abductors.  Some believe they had no right to travel to remote places at odd hours or cultivate odd hobbies like “collecting fishes”. Amusingly, some have even blamed the rural way of living, as if progressive urban cultures have never witnessed a lynching. Funnier still, some have blamed technology. According to them, a remote settlement needs digital connectivity to distract them from mob lynching. That’s exactly what an incident like this does – it reveals how shallow we are, and our disconnect with reality.

In the aftermath of the incident, we have buried ourselves in a circus of events that skirt the real issue. That’s what maybe Black Mirror tries to show us by narrating our present and speculating our future. It reminds us to logout of our techno-zombie zones periodically to face the demons that surround the real world. It warns us of a future that might not hold any value if we do not introspect our present.

The death of these two young men is proof of how we are always quick to judge and ever ready to react, even at the cost of our morality. And in the middle of this erratic hippodrome guess who had the last laugh? The real xupadhora.