The Arecibo Message: What happened when humanity tried to communicate with aliens

Scientists have been trying to communicate with aliens through the Arecibo message since 1974. Are hopes of a reply unrealistic? 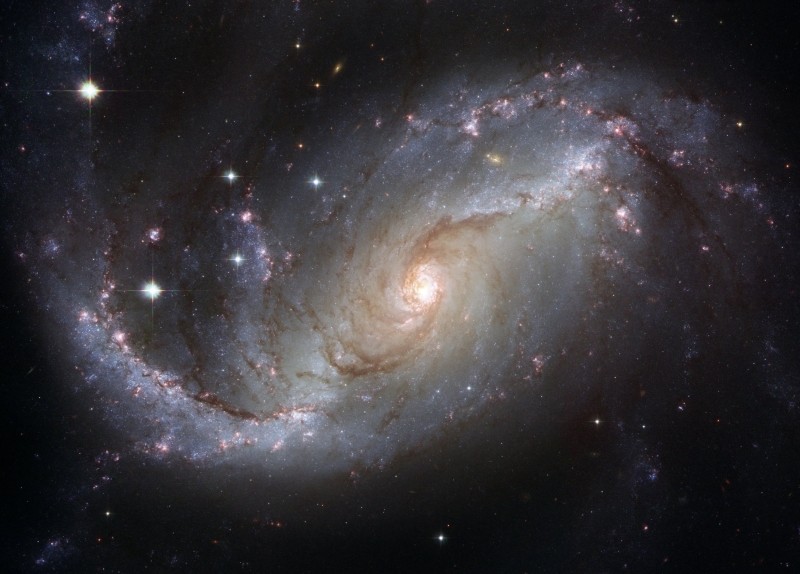 On the 16th of November 1974, a ceremony was held at the Arecibo Observatory Radio Telescope in Puerto Rico, to mark the remodelling of the newly upgraded telescope. But this isn’t the only reason to remember this event—there’s another, much cooler reason—it also happened to be the first time we tried to communicate with aliens.

Sending a message to aliens

The idea to send out a message into space was proposed by Carl Sagan, an American astrophysicist and cosmologist, around the same time that NASA was finalising its plans on the Pioneer 10 and 11 missions. NASA agreed to the suggestion, and it was decided that the imminent Pioneer missions would be used for this experiment. And so, Frank Drake, another eminent astrophysicist and creator of the Drake equation, in collaboration with Sagan and others, began constructing the first three messages that humans would send to be read and interpreted by extra-terrestrial life.

But how do you communicate with a civilisation that probably doesn’t even have the same concept of language as us? Turns out, with the language of science. The first two communications were sent out as plaques, on which were inscriptions depicting the basic features of life on Earth. The same plaques were carried by Pioneer 10, launched in 1972, and Pioneer 11, launched in 1973, with the hope that the probes, which were being sent past the Asteroid belt and beyond our Solar system, would one day be found and read. The plaques included a pulsar map pinpointing the location of our solar system, a depiction of the position of the Earth in the Solar system, our concept of unit length explained through the simple diagram of an atom, and illustrations of the male and female human bodies.

The third message sent out is an interesting one. It was not constructed as a physical message sent with a probe, but instead was broadcast via frequency modulated radio waves from the Arecibo Radio Telescope, during its remodelling ceremony. The message was aimed at a star cluster called the M13 cluster, part of the Hercules constellation, some 21,000 light years away. Funnily enough, the M13 cluster was chosen for no particularly exciting reason, except that it was a large and close collection of stars that was available in the sky at the time and place of the ceremony.

What the message is all about

But what was encoded in this mysterious radio message? Well, it was more or less just a shout out, that humans are here and are friendly, along with some other basic information that may or may not be understood by our little green friends. The message was sent in the binary form, sort of like a combination of ‘ones’ and ‘zeros’, which were produced by shifting the frequency of the radio waves up and down by 10 Hz. There were a total of 1,679 binary digits (or bits) required. But the interesting part is that 1,679 was not a random number – it was a carefully chosen piece of the puzzle, to be decoded by the receivers. You see, 1,679 happens to be a semiprime number, which is a product of two prime numbers, in this case, 73 and 23. This was meant to be a hint for our extraterrestrial friends, who were to arrange the bits rectangularly as 73 rows by 23 columns. Any other combination will lead to a senseless jumble, but with this particular arrangement – the jumble miraculously turns into a diagram! Here’s how it looks:

The first bar is the binary digits 1 and 0, interpreted from the two frequencies used in the signal, arranged in the form of a grid. The eye can spot immediately that there is an intentional pattern here. And when these digits are replaced by black and white blocks in a grid, voila! A clear illustration emerges. This was the simple ingenuity of Drake – the Arecibo message, from a simple sequence made by two radio frequencies, could be translated with no prior knowledge, into a neat pictorial message.

Let’s see what this picture is, exactly. The third bar in the image above has been coloured for the purpose of explanation. Starting from the top, here is the encoded information:

 The numbers one to ten, represented as symbols (white): These symbols are then used in white throughout the message, to provide further statistics.

 The atomic numbers of the elements that make up our DNA (purple): hydrogen(1), carbon(6), nitrogen(7), oxygen(8), and phosphorus(15), using the numbers described above.

 The chemical formulae for the sugars and bases in the building blocks of DNA (green), using the elements described above.

 The number of nucleotides in DNA (white), and a depiction of DNA’s double helix structure (blue).

 Next comes the graphic figure of a human, with the dimensions of the average man and statistics on the human population of Earth at that time (shaded red, blue/white and white, respectively)

 A map of the solar system (yellow), indicating the planet where the message came from.

 The Arecibo Telescope (purple) that was used to send the message, and its dimensions.

Now all this information packed into a compact grid is quite nifty. But the big question is, if an extra-terrestrial civilisation ever does receive the message, will they even be able to understand it? For starters, we have assumed that since they are an intelligent species capable of space travel and communication, they would have biologically evolved a sophisticated mechanism of vision, touch or other means that could be used to view the decoded puzzle.

Will the message ever be received?

So, what are the chances that our message will ever actually be received? Frankly, don’t hold your breath. For our call to be of any use, someone will have to be listening at precisely the right time, in the right place, 21,000 years in the future. This is such a long time that the M13 cluster will have moved on its galactic orbit, and our message will land slightly off its centre! Then, assuming the radio signal is miraculously picked up, it will then have to be decoded and understood by an intelligent civilisation and replied to, all while we humans are still around. The scientists that beamed out the Arecibo Message were fully aware of this, so why make an effort? According to the SETI (Search for Extra-terrestrial Intelligence) Institute, “Although it’s unlikely that this short inquiry will ever prompt a reply, the experiment was useful in getting us to think a bit about the difficulties of communicating across space, time, and a presumably wide culture gap.”

The Arecibo message was symbolic’ a demonstration of the extent of human technological accomplishment. This was the most powerful broadcast ever deliberately beamed into space. It was us proving to ourselves, that if we ever want to shoot a message across the galaxy, we can!

Did the aliens reply?

Well, we never really got an answer to our message, but there were a few mysterious aftereffects that were, nonetheless, quite exciting. An interesting one was the alleged ‘Arecibo answer’. This ‘answer’ appeared in 2001, as two crop circles, bang next to the Chilbolton Radio Telescope in Hampshire, UK. One was what appeared to represent a human face, but the other—a crop rectangle, to be accurate—was a near replica of the original message, save for a few changes. In the section detailing important elements, the focus was shifted from carbon to silicon. The diagram of the DNA helix was slightly altered, while the human figure was replaced by a typical looking little alien with a bulbous head, with altered dimensions and population statistics.

Disappointing as it may be, there’s not much doubt that the conceptualisation of this ‘response’ was lifted straight out of science fiction. Much to the annoyance of alien enthusiasts, crop circles don’t fool much of the scientific community. But hey, what’s the harm in a little bit of excitement and just a smidgen of hope?