Park Geun-hye, South Korea’s first female president, was sentenced to 24 years in prison after being found guilty of corruption. By Kanga Kong and Yoojung Lee

Park Geun-hye, South Korea’s first female president, was sentenced to 24 years in prison after being found guilty of crimes that exposed deep links between politics and the nation’s corporate giants.

A panel of three judges at the Seoul Central District Court found the former leader guilty of most of a dozen charges ranging from bribery to coercion, abuse of power and the leaking of state secrets. The sentence was more lenient than the 30 years sought by prosecutors. Park can now appeal to a higher court. 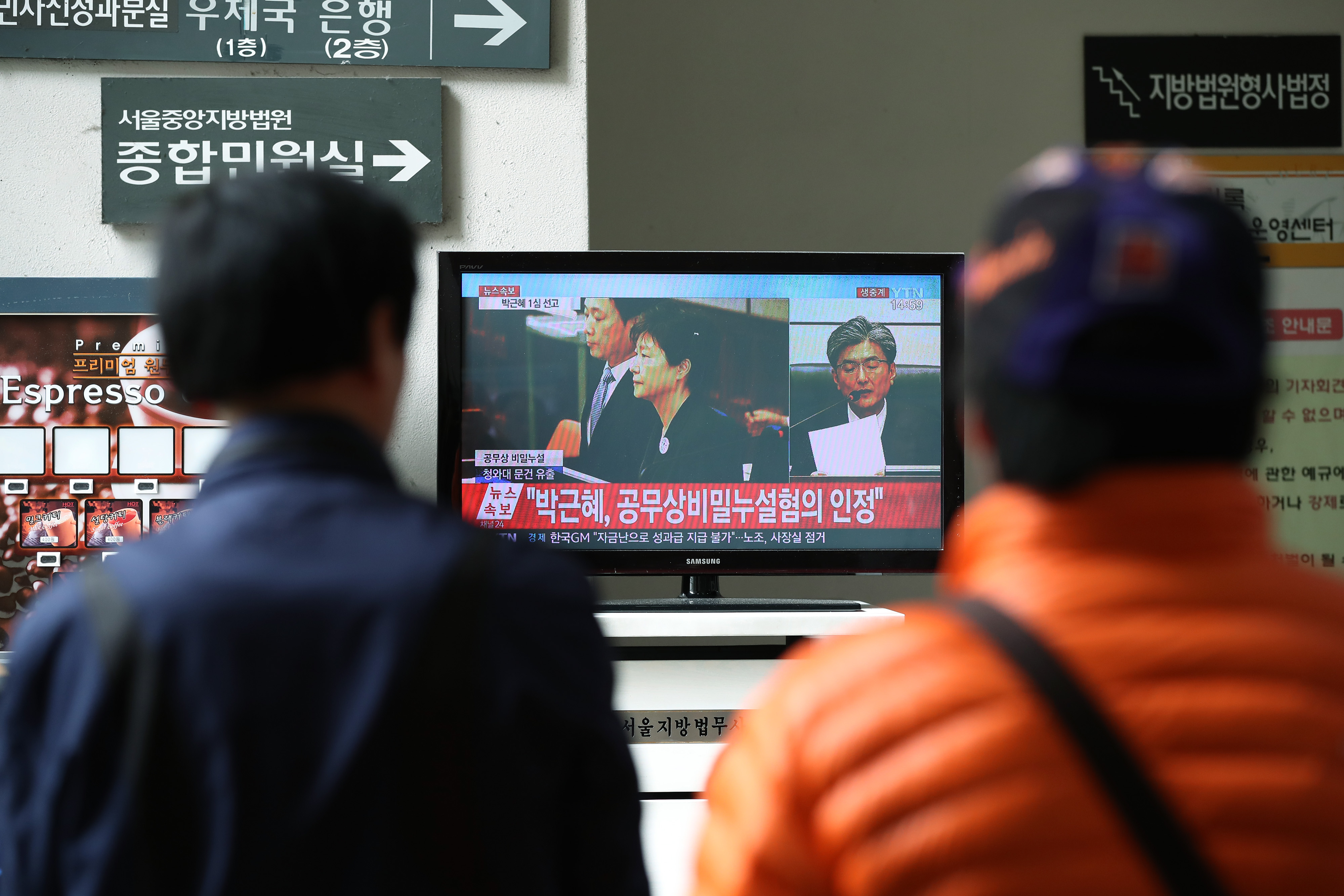 Park, 66, who was impeached last year over an influence peddling scandal that led to protests by hundreds of thousands of people on the streets of the capital, didn’t show up at court. She denied most of the allegations, head judge Kim Se-yoon said.

President Moon Jae-in came to office last year on a drive to wipe out what he calls “deep-rooted evil” across society. Park’s case has again highlighted the murky ties between government and business as well as the deep political divide between liberals and conservatives. Both of these issues could be seen in the angry public response when de facto Samsung chief Jay Y. Lee was freed from prison after his graft conviction was suspended.

The judges concluded that Park colluded with Choi Soon-sil, a longtime friend who has never held a government position, and former aides to seek favors from leaders of the nation’s business conglomerates, known in Korean as chaebol.

The court accepted the prosecutors’ argument that she pressured top executives to donate tens of millions of dollars to foundations run by Choi in return for government favors. Park also colluded with her friend Choi to help her daughter get financial support from Samsung Electronics Co. for her equestrian training, the court said.

Citing a lack of evidence, the judges rejected prosecutors’ allegations that Park sought bribes from Samsung in return for government help to solidify Lee’s control of the conglomerate.

The ruling follows the arrest two weeks ago of her predecessor, Lee Myung-bak, a conservative from the same party, over a separate bribery case before and during his 2008-2013 term in office.

With Moon’s conservative rivals claiming he’s motivated by political revenge, his office released a sober statement after the ruling.

“Everyone should have different feelings for former President Park Geun-hye. But today we all had a dry and bleak wind on our hearts,” Moon’s spokesman Kim Eui-kyeom said. “It’s heart breaking not only from the point of view of a country but also a human’s life. They say history repeats if not remembered properly. We won’t forget today.”

Lee Jae-mook, who teaches political science at Hankuk University of Foreign Studies in Seoul, said that while he didn’t think the verdict surprised anyone, it could help Moon retain his high level of public support. 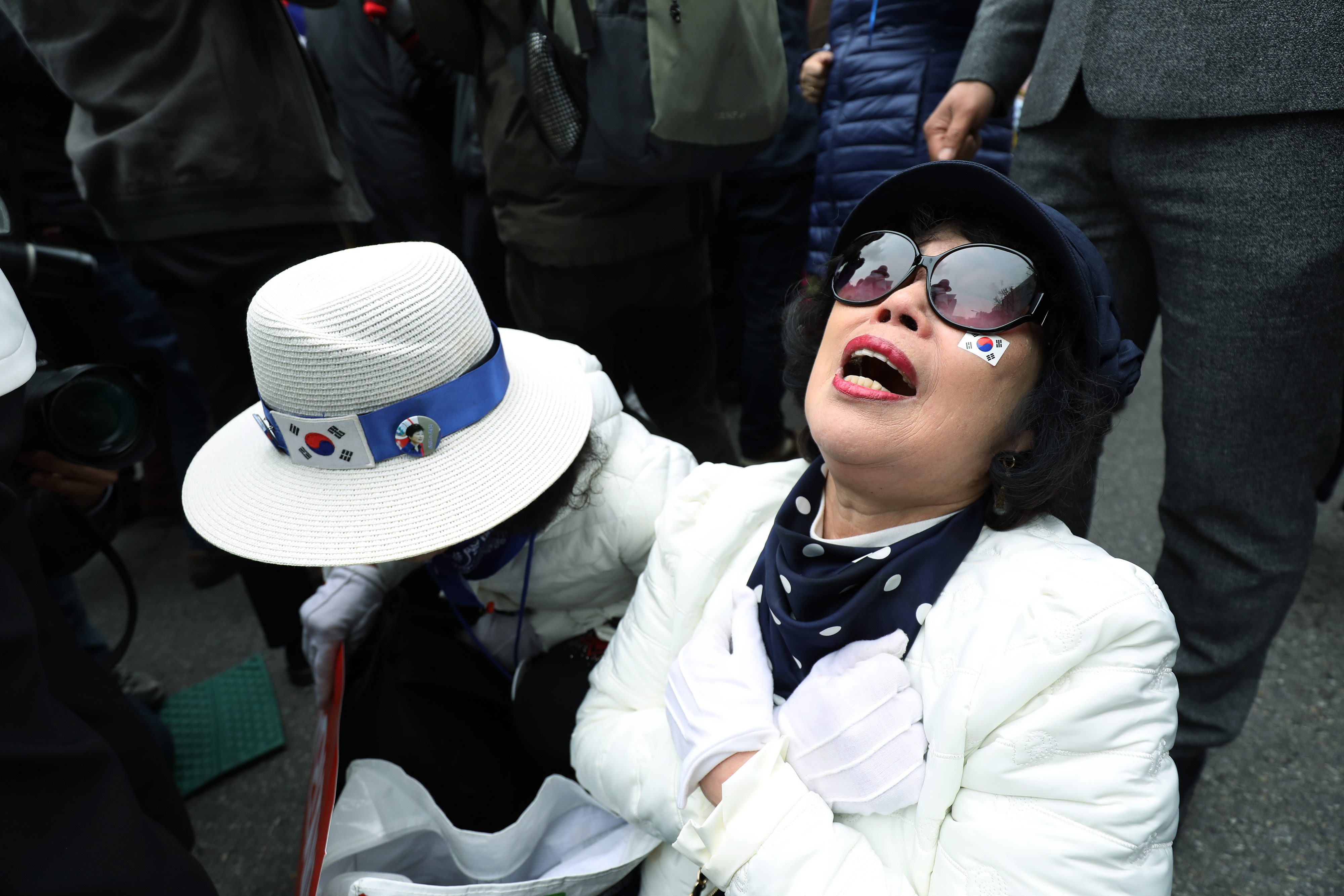 “Exposure of former President Lee and Park’s wrongdoings help Moon maintain his approval ratings — regardless of whether he intended it or not, Moon is benefiting from their losses,” Lee said. “By simplifying his agenda to efforts to root out corruption and manage geopolitical risk stemming from North Korean nuclear weapons, Moon can distract public attention from other headaches such as unemployment and the free trade deal with the U.S.”

Park’s supporters — mainly older, conservative voters — have staged street demonstrations almost every weekend to protest against her impeachment and imprisonment.

Several hundred outside the court were angry at the ruling, with some in tears and others clashing with reporters. They were chanting that they didn’t accept the verdict, calling the trial “fake.”

Cho Won-jin, an opposition lawmaker who has been leading pro-Park protests across the nation, called for Park’s release, saying she is an “innocent” leader that the country should be proud of. “The judiciary under Moon’s administration, which pushed for political revenge, will be surely judged by the people and the history,” he said in a statement.

As the first daughter of Park Chung-hee, who ruled the country from 1963 until his assassination in 1979, her name is divisive in South Korea. While her father was brutal in suppressing democratic activities, many older supporters credit him for leading the nation from the ashes of the Korean War to become Asia’s fourth-biggest economy.

Park and Lee are not the only South Korean leaders to have been sent to prison. In the 1990s, former dictator Chun Doo-hwan was sentenced to death, and his successor, Roh Tae-woo, received a 22 1/2-year term after the pair were found guilty of creating slush funds and inciting a coup. Both were later pardoned.