Amazon could be delivering to the Moon by 2023

According to reports, the company’s initiative to send a manned flight to the Moon, dubbed the “Blue Moon” project, is moving into the next phase and remains on target for 2023 or sooner. 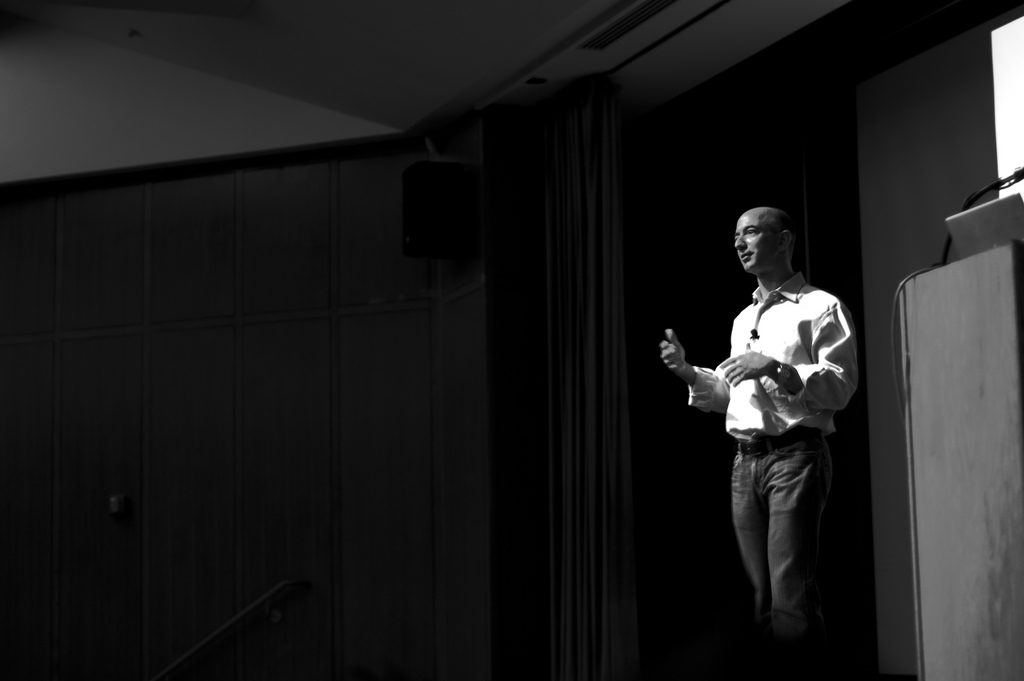 Jeff Bezos is best known as the CEO of Amazon and the owner of the Washington Post. What many people don’t know, is that he also owns Blue Origin, a space engineering company that he quietly dumps a billion dollars into each year. And he plans on using that company to put people on the Moon within the next five years.

According to reports, the company’s initiative to send a manned flight to the Moon, dubbed the “Blue Moon” project, is moving into the next phase and remains on target for 2023 or sooner. This isn’t the first time Bezos and his space gang at Blue Origin have talked about putting people on the Moon in this particular time frame.

And he’s not alone either. NASA firmly expects to be making manned flights to the moon soon, perhaps as early as next year. And Elon Musk … well, he’s Elon Musk so he’s not just going to do what everyone else is doing. The Space X CEO claims his company will send people to Mars by 2022.

Blue Origin business development director AC Charania told Geek Wire the project was “our first step to developing a lunar landing capability for the country, for other customers internationally, to be able to land multi metric tons on the lunar surface. Any permanent human presence on the lunar surface will require such a capability.”

And that sounds a lot like the kind of statement you’d hear from Charania’s equal in Bezos‘ other company. Who better to handle international business customers and deliveries consisting of “multi metric tons” than Amazon? After all, the company is currently attempting to take on UPS and FedEx back here on Earth, why not stick a company flag on the Moon, an untapped market.

Either way, if Blue Origin and Bezos pass up the chance to open the first lunar marketplace under his Amazon banner, you’ll at least still have an opportunity to see the base up close. Well, closer than you can now anyway – Blue Origin is slated to start offering public passenger flights aboard its spacecraft as early as next year.

Let’s all just go to the Moon shall we?

Tristan Greene is a sailor gleefully writing about consumer-friendly artificial intelligence advances, political policy concerning tech, and the horrors of living on dry land. He’s been known to brag about his Rockband 2 scores.