All you need to know about the oldest human virus, sequenced from a Bronze Age tooth

For the past decade or so, ancient human DNA from millennia-old teeth and bones has been revolutionising research into the past. 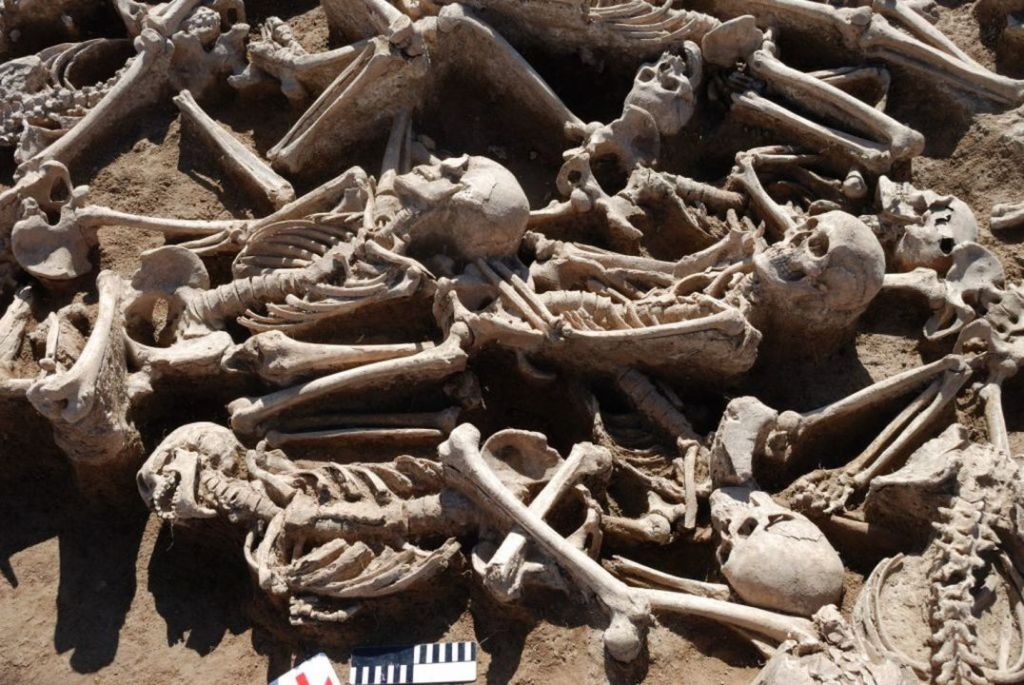 A 7000-year-old tooth, dating back to the Bronze age, was excavated in Eurasia, and sequenced by geneticists, who discovered traces of an extinct Hepatitis B virus. Credit: Alexey A. Kovalev/Washington Post

A 7000-year-old tooth, dating back to the Bronze age, was excavated in Eurasia, and sequenced by geneticists, who discovered traces of an extinct Hepatitis B virus, according to a new study published in the journal Nature.

In a central German valley that used to be part of Mongolia, a prehistoric mass burial ground, recently became the locus of archeological and genealogical interest, after human remains discovered there, revealed the presence of the oldest virus strain.

The recent breakthrough in the field of ancient DNA comes after two separate research groups stumbled upon the hepatitis B viruses in close proximity to each other. According to the Atlantic, the first group, led by Ben Krause-Kyora and Johannes Krause in Germany, sequenced virus strains from the remains of the 7,000-year-old man, a 5,000-year-old man, and another 1,000-year-old man. Meanwhile, another group of researchers, led by Copenhagen’s Eske Willerslev, reported similar findings on 12 individuals, whose remains were dated back to a period ranging from the Bronze Age (2500 BC), to the Medieval Age.

It is worth noting that the virus looks nothing like the human hepatitis virus, found among western European patients. Instead, it resembles those strains prevalent among Africans chimpanzees and gorillas, although it is difficult to confirm whether our forefathers passed it onto them or vice versa.

The truly surprising takeaway, says Krause-Kyora, a co-author of one of the studies, is how diverse old hepatitis B lineages once were. The virus has only a fraction of that diversity today. Willerslev suggested that this past diversity could be explored further, to predict the future trajectory of the hepatitis B virus.

“It provides a catalog of possible mutations this virus has had that have been viable in the past, and obviously some of those mutations could come back,” he said at a press briefing.

The prevalence of hepatitis varies widely across the world, ranging from 0.01% in the UK to 22.38% in South Sudan. But, in total, complications arising from the virus, kill nearly 900,000 people a year.

For the past decade or so, ancient human DNA from millennia-old teeth and bones has been revolutionising research into the past. Ancient viral genomes have helped scientists chart rough timelines and histories for various infections. These histories can strengthen or dismiss anthropological hypotheses, Willerslev pointed out.

For instance, it was generally believed that hepatitis B originated in the New World and spread to Europe around 500 years ago. But, that speculation is clearly and “certainly wrong,” Willerslev said, given the samples’ age.

The genomes of virus strains are usually small, and structured in a way that mutates or decomposes over time. Previously, the oldest detected human viruses dated back to around 450 years.

The remains from the Eurasian skeleton were studied using powerful genetic tools and shotgun sequencing, to reveal the fragmented DNA of a virus, which provided scientists with vital clues regarding what brought about the demise of the prehistoric man.

The hepatitis virus that infected his liver, presumably led to his death all those millennia ago, which makes it the oldest virus to have affected the human race. It also joins the list of epidemics like leprosy and plague, which wiped out several human civilisations off the face of the earth over the course of history.