The mass burial site is located on top of a cliff that faces the Pacific Ocean in La Libertad, which is an area where the Chimu civilisation was known to have flourished. 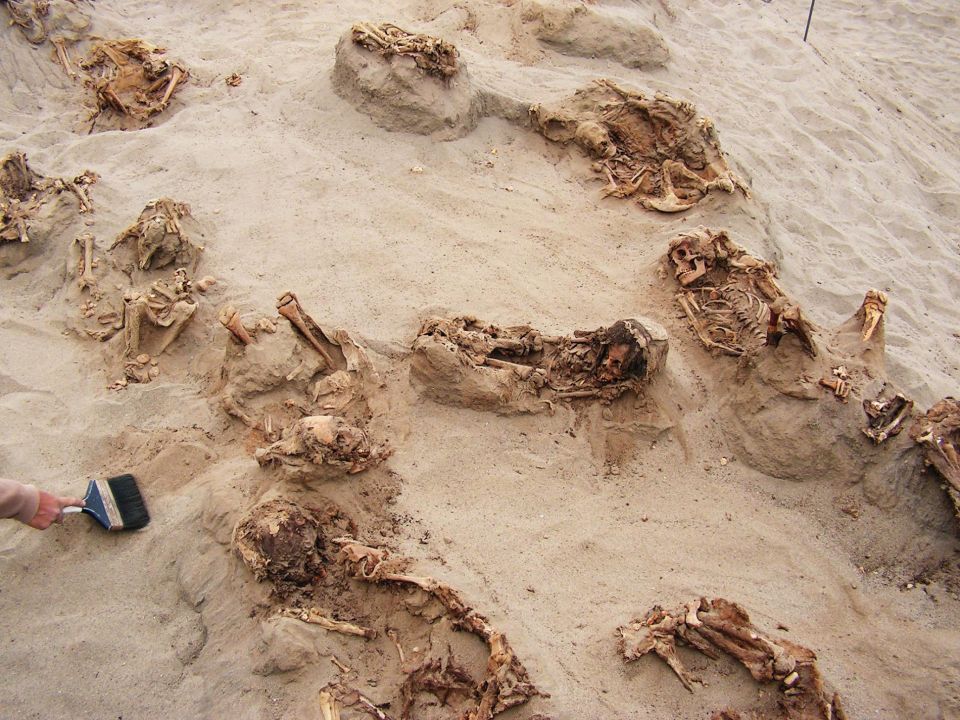 Archaeologists have unearthed the remains of approximately 140 children in northern Peru—which is now believed to be the largest known child sacrifice site, according to media reports.

The site, known as Las Llamas, contained the skeletons of approximately 140 children, and 200 young llamas, all of whom are believed to have been executed on the same day. Archaeologists estimated the children to be aged between five to 14 years. According to researchers, the children were sacrificed in a ritual, roughly 550 years ago.

Media reports have indicated that the burial site was the work of the Chimu empire. It has been claimed that the children were sacrificed to appease the Gods, in the wake of floods caused by the El Nino.

The mass burial site is located on top of a cliff that faces the Pacific Ocean in La Libertad, which is an area where the Chimu civilisation was known to have flourished. The Chimu civilisation is believed to have consisted of an ancient pre-Colombian people, who worshipped the moon, AFP reported.

The cliff that houses the burial site is located outside the coastal city of Trujillo—the third largest city in Peru—with a population of 800,000 people. The investigation team was led by Gabriel Prieto from the Universidad Nacional de Trujillo, and John Verano from Tulane University. The excavation of the site continues to be underway.

A report by National Geographic mentioned that incidents of human sacrifice were common among the Aztec, the Maya, and the Inca tribes, and have been documented in modern excavations. However, unearthing a large scale child sacrifice, such as the one recently discovered, is unheard of. Archaeologists were particularly surprised to have discovered that the mass child sacrifice event occurred during the Chimu civilization, about whom, very little is known.

Why was such a mass child sacrifice carried out?

The children were likely sacrificed to please the gods. As the El Nino weather pattern caused devastating floods along the Peruvian coastline, the ancient civilisation likely believed that such an offering may appease the gods.

Along with the bones, the researchers also found fossilised footprints that had survived rain and erosion. According to Prieto, the footprints indicate that the children marched to their death. Prieto’s partner in the excavation, John Verano, said that the “children’s skeletons contained lesions on their breastbones, which were probably made by a ceremonial knife,” ABC News reported.

National Geographic reports that there is “evidence of cuts to the sternum as well as rib dislocations.” This suggests that “the victims’s chests were cut open and pulled apart, perhaps to facilitate the removal of the heart.”

Close to where the remains of the children, and the animals were found, National Geographic reports that the remains of a man and two women were also discovered. Researchers uncovered signs of blunt-force trauma to the head, leading them to believe that the adults might have played a role in the sacrifice.

Excavations of any magnitude are important, as they offer us a glimpse into the past. Regardless of how horrid the past may have been, such as it was in this case, archaeological finds are vital in helping us uncover more about how human civilisations evolved through time.

More often than not archaeological finds, especially ones such as the mass child grave in Peru, raise more questions than answers.  However, it is this very physical process of digging up the earth, in efforts to find proof of humanity’s past, that can actually help answer these questions.