No takers for Air India: What will Modi government do now?

The government has not received any official bids for a stake in the state-run Air India, as May 31 deadline for  formal bids passed. The deadline to buy a 76% stake in the airline had already been extended once from May 14 to May 31. 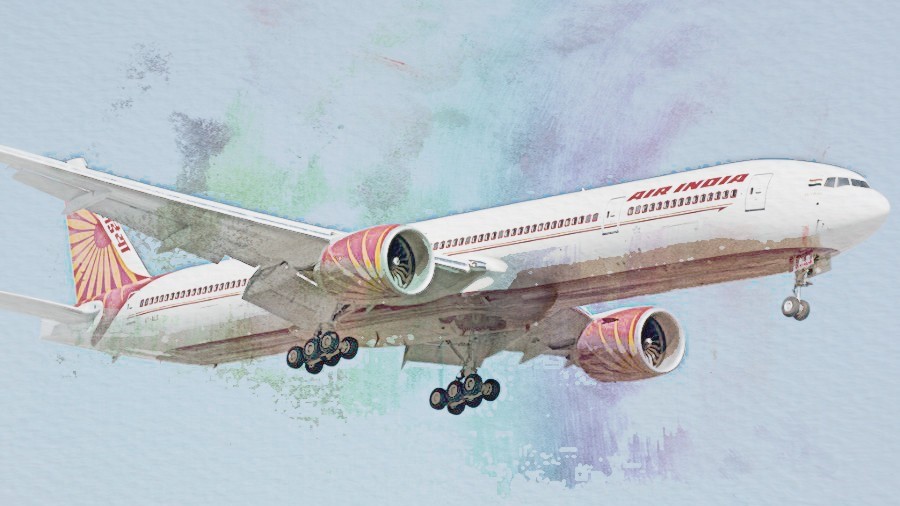 The national carrier has no takers! Credit: Flickr Commons.

The government has not received any official bids for a stake in the state-run Air India, as May 31 deadline for  formal bids passed. The deadline to buy a 76% stake in the airline had already been extended once from May 14 to May 31.

Although several airlines, including Jet Airways, IndiGo and Vistara, expressed an interest in buying the airline, none made official bids and pulled out of the race early after the terms of the sale were announced.

On March 28, the government had announced its first step in privatising the loss-making airline by accepting expressions of interest in buying a controlling share for the national carrier. The government had said it would sell 76% stake in the airline, along with a 100% stake in the low-cost carrier Air India Express and 50% of the Air India SATS Airport Services. This would enable the buying company to gain full management control, about half of the debt and all dues of working capital.

The company had reported a loss of about Rs. 5,765 crore loss in 2016-17 and had a total outstanding debt of Rs. 48,781 crore at the end of 2016-17. Air India has struggled to deal with competition from the private sector, thereby, increasing the bailout pressure on the government constantly over the years.

IndiGo, the first airline that expressed interest in buying Air India in 2017, rescinded the same after in April citing that it was interested in acquiring the international operations of the company, which are not available under the current divestiture proposals.

“From day one, IndiGo has expressed its interest primarily in the acquisition of Air India’s international operations and Air India Express,” IndiGo president Aditya Ghosh said in a statement to the Bombay Stock Exchange. “However, that option is not available under the government’s current divestiture plans for Air India. Also, as we have communicated before, we do not believe that we have the capability to take on the task of acquiring and successfully turning around all of Air India’s airline operations.”

Although the consortium did not give a specific reason for withdrawing its interest, Amit Agarwal, deputy chief executive officer at Jet Airways said in response, “We welcome the government move to privatise Air India. It is a bold step. However, considering the terms of offer in the information memorandum and based on our review, we are not participating in the process.”

The only other airline which expressed official interest in buying Air India was Vistara, a joint-venture airline between the Tata Group and Singapore Airlines. Although Tata Sons, the holding company for the conglomerate declined to comment, media reports stated that sources claimed the offers of the divestment were too “onerous.”

All three buyers pulled out within a week of each other in early April. Although there were rumours of international airlines such as Emirates, Lufthansa and Singapore Airlines expressing interest in buying the airline, no official bids materialised.

Air India has an operating fleet of over 115 aircraft and is the largest international carrier from the country with an estimated market share of 19%. Air India’s debt currently stands at Rs 51,890 crore.

Announcing that the auction had failed, the Ministry of Civil Aviation said “further course of action will be decided”.

As informed by the Transaction Adviser, no response has been received for the Expression of Interest floated for the strategic disinvestment of Air India. Further course of action will be decided appropriately.

What exactly happens next now that the government has received no expressions of interest in the debt-ridden national carrier?

Civil aviation secretary R.N. Choubey said the future course of action on the disinvestment process will be taken by a team headed by the finance minister, adding that the strategy needs a rethink.

An evaluation committee and a core group headed by the finance minister-led alternate mechanism, or group of ministers, and the cabinet secretary will likely oversee the review of the process. Besides Jaitley, the group consists Suresh Prabhu, Nitin Gadkari and Piyush Goyal.

The group may decide to scrap the disinvestment process, call for a rebid or decide not to sell the airline after all. Either way, there’s a tough road ahead. If the government decides to go in for a rebid, it will likely have to drastically change the terms of sale. And there’s also the politics of the situation to consider; remember, there has been political opposition to the sale and it is unlikely to abate now that the government will have to consider more business-friendly terms of sale!