Veteran actor #AmitabhBachchan filed a suit in the Delhi High Court against the world at large, seeking protection of his name, image, voice, and personality attributes 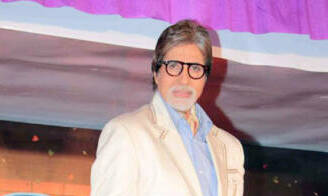 Bollywood legend and veteran actor Amitabh Bachchan has filed a suit in the Delhi High Court, seeking protection of his image, name, voice, and personality rights.

Harish Salve appeared for the Indian film industry legend, according to the news agency ANI.

The court, while hearing the actor’s petition, passed an interim order restraining people at large from unlawfully using the personality and publicity rights of the actor.

In the order, Justice Navin Chawla said, ‘It cannot be disputed that Amitabh Bachchan is a popular personality and is also represented in many advertisements. He is aggrieved by the defendants who were using his personality attributed to promote their own businesses, good and services, without his permission.’

The actor is likely to suffer irreparable loss and harm due to such activities. It can also bring disrepute to him. Hence, keeping all these things in view, an interim order has been passed,” the judge further noted.

The high court also issued directions to the telecom service providers on the arguments made in the lawsuit.