A woman on a scooter: Navigating patriarchy in Rajasthan 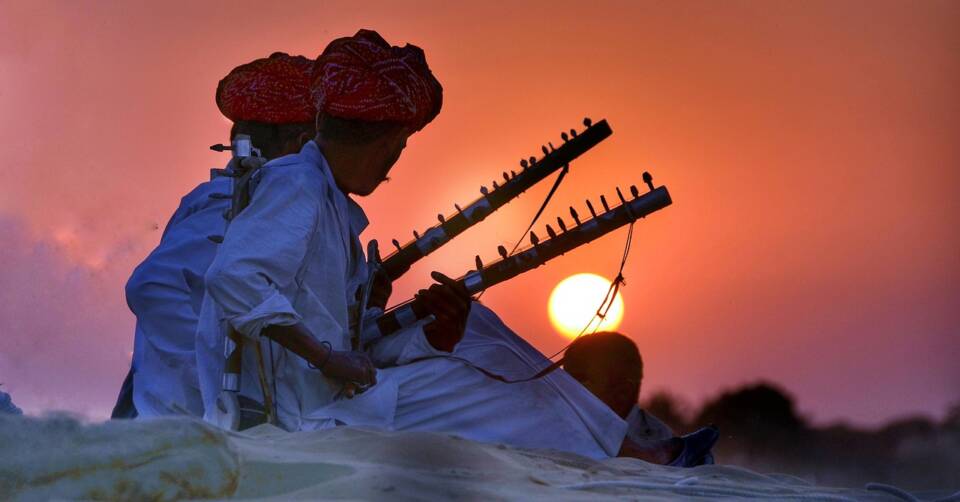 I first came to Hathipatta, my husband’s village in Ajmer district, Rajasthan, as a young bride. We were approaching the village in a pickup truck, when I was asked to get off and walk the last one kilometre to the village entrance on foot. It was approximately 8 pm at night. I found this very strange, but didn’t really voice my apprehension.

It was only later that my sister-in-law told me this was a common practice observed by all women in the village. Whether they are on a bike or in a rickshaw, whether they are sick, old, or pregnant, they must get off one kilometre away and walk the distance to enter the village.

She told me that they followed this tradition because, many centuries ago, a baba (religious leader) had told the villagers that women must be prevented from leaving or entering the village in any way other than on foot. Over the years, the baba turned into a godlike figure for the villagers, who have even built a temple in his name.

For many years, in the name of religion, I too chose to overlook the inconvenience this caused me.

However, in 2019, as I got more involved in my work with CORO—a nonprofit focused on changing social norms that perpetuate violence against women—it became really difficult for me to commute around the village. And so I convinced my husband to let me buy a scooter. But, of course, I wasn’t allowed to drive the scooter into the village. This is when I decided I needed to do something about this age-old tradition that discriminated against women.

The first time I had to walk into the village with the scooter, I pretended to drop it and fall down. I told my family that the scooter was too heavy for me. My husband was then tasked with walking the scooter in and out of the village.

Within a month, he got tired of this and left me to my own devices. But families around me still thought I was going against god. So, I tweaked my plan and started asking the men sitting at the hathai (a public space in the village where the panchayat meets regularly) to help me. As anticipated, they too got tired of being on my beck and call every day.

Soon enough, I was allowed to ride my vehicle in and out of the village. And I was the first woman to do so. Now, other women have started entering the village in vehicles too. However, they still prefer do so at night without anyone’s knowledge.

I am determined to end more such discriminatory traditions in the village, but I have to be careful. If I want these changes to last, I have to gain everyone’s trust and support first. This is why, initially, I began working on issues that concerned everyone, such as the condition of water pipes and drainage in the village. I would also help people get pensions. As more and more people have been getting to know me, and coming to me for help, I have started using these meetings to talk to them about their rights.

Sunita Rawat is a social worker committed to building a just society by eliminating various inequalities and advocating for constitutional values.