A guide to the US Midterm elections: A decisive political moment for the deeply divided nation

Voter sentiment, history, and sheer numbers appear to favor Democrats in their attempt to wrest control away control of the 435-strong House from the Republicans in Tuesday’s elections. However, it will be more difficult to take on Republicans in Senate and governors’ races, reports confirm. 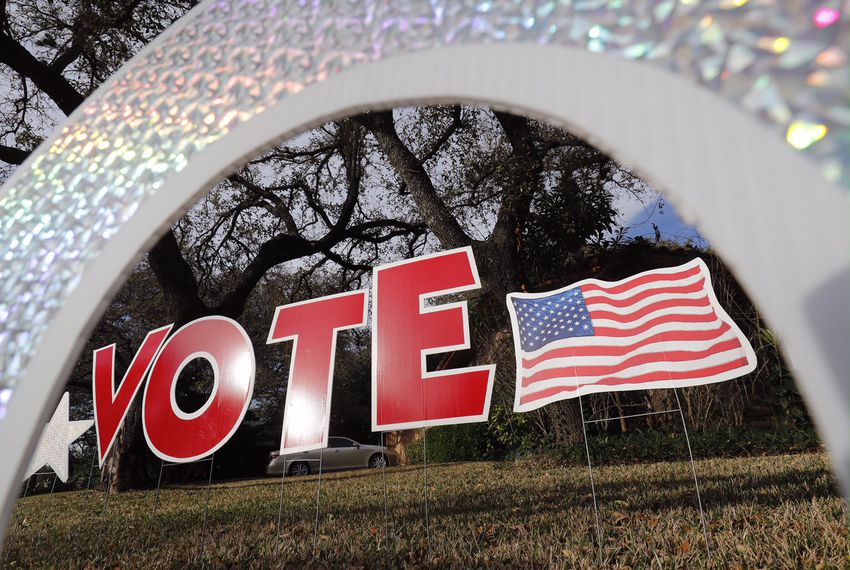 Voter sentiment, history, and sheer numbers appear to favor Democrats in their attempt to wrest control away control of the 435-strong House from the Republicans in Tuesday’s elections. However, it will be more difficult to take on Republicans in Senate and governors’ races, reports confirm.

As the final leg of the campaign drew to a close, president Donald Trump was seen trying to subtly absolve himself of any blame if Republicans lose the House, besides stoking immigration fears. As the deeply divided nation goes to polls on November 6, here’s what to expect and what it means for the country’s political landscape for the next two years.

The House may turn blue, but turning the Senate will be an uphill task

Republicans with a current strength of 236 have controlled the House since the conservative Tea Party movement propelled the GOP to a wave election in November 2010. Democrats now need a net gain of 23 seats to take control of the House.

An NBC News/Wall Street Journal poll revealed Sunday that the Democrats have a 7-point edge in overall congressional races, with 50 percent of the voter turnout intending to reinstate them on Capitol Hill and 43 percent saying they prefer the GOP.

In the Senate which has a 51-49 GOP majority, two of the 35 seats seeking election will have to flip, with 10 Democrats running in states won by the ruling party in 2016. Among the 36 gubernatorial races, 14 seem to be in favour of the Republicans, 10 in favour of Democrats, while the rest will face fierce competition.

The primary issues concerning voters who will be voting in new representatives at a local and Senate level for the next two years at least, mostly revolve around the man occupying the White House at the moment and the question of whether he should be allowed to remain. While Democrats hope that voters’ conventional wisdom and dissatisfaction with his personal and political value may usher in a blue wave that flips control of the US House out of Republican hands, the GOP candidates are confident and continue to motivate their core conservative voter turnout on polarising issues like evangelism, anti-press, pro-gun, pro-life, anti-environment and anti-immigration policies among others.

At the same time, America’s booming economy makes the race tighter and more difficult to call. On Friday, the government reported that employers added a robust 250,000 jobs in October. And the unemployment rate stayed at a five-decade low of 3.7 per cent. House Speaker Paul Ryan teamed up with Scott Walker to campaign on behalf of the GOP, saying, “This is working.” “We can’t afford to turn back now.”

At this point, however, the country is under the threat of internal terrorism, with Trump’s incendiary rhetoric at the rallies is partly to blame for it. The suspect who delivered pipe bombs to noted Democrats and their endorsers last month was apprehended and turned out to be a devoted Trump supporter who had attended all his rallies that regularly calls for locking Hillary up, champions gun rights activism and paints his political rivals in a diabolical light.

The following week, a heinous attack on a Jewish synagogue shook the country and served as a reminder for the raging anti-Semitism in the country. Trump’s anti-minority and anti-women advocacies are finally taking a horrific shape, as a man who identified himself as an incel killed two women at a yoga centre last week, the second incel attack on civillians this year.

The internal resistance within the White House, the number of layoffs from highest ranking positions, the Kavanaugh confirmation hearing and the pending Russia investigation must also loom large on voters’ minds, even as a large percentage of them remain undecided. Most importantly, therefore, a Democratic victory in the House will allow Democrats to launch multiple committee investigations of the Trump administration and possibly even impeachment proceedings.

States and candidates to look out for

According to a mid-October poll, the South New Jersey race may end “likely Democratic,” with Jeff Van Drew leading Republican Seth Grossman by 17 points after the latter faced charges of racism in July.

The race between Rep. Mia Love, a rising Republican star and the only black woman in the Rep caucus, leans towards Salt Lake County Mayor Dem. Ben McAdam. Several districts of Virginia are too close to call but may well decide the fate of the blue wave expected by the Democrats, especially Dem. Leslie Cockburn’s constituency in Charlottesville which led a violent white supremacist rally last year.

Former rapper Antonio Delgado is at the heels of incumbent Republican John Faso in an NY district. In another, GOP incumbent Rep. Chris Collins, the first member of Congress to endorse Donald Trump’s 2016 presidential bid, was kept on the ballot despite being charged with insider trading by the FBI earlier this year.

In the Senate races, Arizona, Indiana, Florida and Missouri can result in a toss-up, with Democratic candidates leading by 1-2 percentage points. Perhaps the closest-watched race in the country pits Republican Sen. Ted Cruz, who mounted a bid for president in 2016, against Democratic Rep. Beto O’Rourke.

In the gubernatorial races, Tallahassee Mayor Dem. Andrew Gillum is leading against former GOP Rep. Ron DeSantis in a Florida race that is drawing nationwide attention, and endorsement from Tracee Ellis Ross, Alyssa Milano and Rihanna for Gillum, the state’s first black governor. Other artists and celebrities have come out in support of Democratic candidates, Ludacris, T.I., Common, Tiffany Haddish, John Legend, Janelle Monae, Oprah Winfrey, Amy Schumer and Will Ferrell who have thrown their support behind Democratic candidate for Georgia governor Stacey Abrams, poised to become the first black female governor in U.S. history. Cher joined Carole King in endorsing Iowa candidate for governor Paulette Jordan, who if elected will be the first Native American governor in the United States.

The most significant endorsements for Democratic candidates come from Obama himself, who has so far been reticent from participating in active politics as per the tradition. But as he hit the campaign trail this fall, his railed against the current occupant of the Oval Office with a biting call for action, and openly endorsed a host of politicians this midterm election including, Gretchen Whitmer, candidate for governor in Michigan and Iowa congressional candidate Abby Finkenauer.