Great day for Indian women in sports: Here are the rugby and hockey teams’ exploits 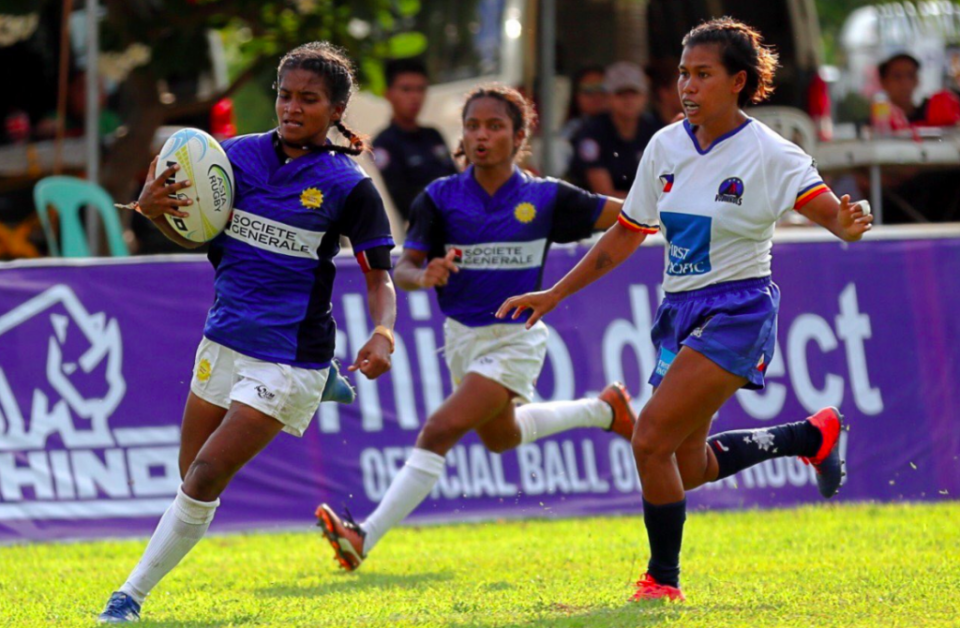 Over the weekend, Indian women’s rugby team made history with their first ever international win, and that too within a year of formation against a higher-ranked opponent.

On Saturday, June 22, the 15-side team registered a key victory over Singapore to finish third in the Asia Women’s Division 1 Rugby XVs Championship fixture at Manila, Philippines. It has put them on course as a major title contender for the Women’s Rugby World Cup in 2021.

Meanwhile, India’s women’s hockey contingent also returned victorious; it beat Chile and Japan in fiercely contested semis and finals, securing a place in the final round of Tokyo Olympic qualifiers.

Led by an impressive performance in the wake of a 4-2 victory against Chile, India defeated hosts Japan 3-1 on Saturday, winning the title at the FIH Women’s Series Finals Hiroshima 2019.

A final penalty by scrum-half Sumitra Nayak resulted in India clinching a victory with a narrow 21-19 scoreline. In doing so, they were able to reverse their performance when they lost 30-5 to Singapore over a year ago.

Nayak hails from Jajpur, the district in Odisha that produced ace sprinter Dutee Chand. Her rise to athleticism has been inspirational—emerging out of abject poverty and finding the escape from an abusive father in rugby.

Rugby has also injected a semblance of gender and economic equality in the state. Seven of the current 15-member team are from Odisha.

While Nayak ended the game with a flourish, Bihar’s Sweety Kumari’s first-half tries set the team en route to victory. According to The Telegraph, Kumari did not even know that the sport existed five years ago. She continued her good form as she had scored her two tries in their defeat to the Philippines as well.

India were in trouble when Singapore hit back with two tries of their own. India needed a third try to swing the score 15-12 in their favour. Captain Vahbiz Bharucha from Pune then made the right calls, and Nayak converted the second-half penalty. In the final 15 minutes, the odds dramatically reversed in India’s favour.

Bharucha told ESPN, “We’d suddenly flipped a match we were losing by a point to one we were winning by two. Emotions were at the surface.”

It’s not only a sign of how far they have come, but the things that the country, and especially women’s sports, can achieve with the right push. South African rugby legend Naas Botha, who coached them, was reportedly in disbelief even after the 80th minute, while tearful celebrations were underway on the field.

The win ensures a bronze for India; China, meanwhile, destroyed hosts Philippines by a 68-0 margin. India’s performance at Asia Women’s tournament, considered one of the qualifying rounds for the 2021 Women’s Rugby World Cup, puts the team en route to the world-class event. This is a watershed moment for women’s rugby in India and a huge step forward in reorganising the support system that goes into making international-level sports.

Hockey gets its flair back

Indian women put up a tough front to win over their Japanese counterparts, who were the defending Asian champions. They started the match on the front foot, making six circle entries in the first 15 minutes, but to no avail.

Captain Rani Rampal, billed the player of the tournament, gave India the lead in the 3rd minute, before drag-flicker Gurjit Kaur brought in two more strikes late in the match to set up the win. Kaur with 11 strikes to her name was adjudged the highest scorer of the tournament.

Japan’s Kanon Mori scored their lone goal in the game.

News reports have appreciated the team’s mental fortitude as having played a role in their recent victory. Coach Sjoerd Marijne praised Kaur’s performance after the match; speaking to reporters, he said, “It was a hard-fought match. It was a difficult match… I think we defended very well; we play fast combination hockey and have a good drag-flick.”

During the semi-finals, Rani lauded her teammate and young striker Lalremsiami for showing great courage in the face of adversity; Lalremsiami learnt of her father’s death on Friday but chose to stay with the team. Sports minister Kiren Rijiju of Arunachal Pradesh also admired her spirit for staying on instead of returning home. She reportedly told Marijne, “I want to make my father proud. I want to stay, play, and make sure India qualifies.”

Presently occupying the World No. 9 rank, Indian women’s team now has 500 points, well above the threshold the International Olympic Committee requires. Both India and Japan, as well as Chile and Russia (who Japan defeated in the other semifinal), have secured a place in the FIH Olympic qualifiers to be held later this year. The venue is yet to be decided.

Marijne hopes to be given the advantage to play at home (in the final round of Olympic qualifiers).

Prime Minister Narendra Modi, Congress General Secretary Priyanka Gandhi Vadra, former Olympian shooter and ex-Union Minister Rajyavardhan Rathore, and Bollywood icon Amitabh Bachchan were all praises for the team. Priyanka tweeted, “Congratulations to Indian Women Hockey team for winning the FIH series. The country is proud of you. I wish all the players for bright future ahead.”

This win, again, turns the spotlight towards women’s sports and alternative sports that are often relegated to a secondary status in India where the frenzy mostly surrounds cricket. Despite hockey being such a historically crucial sport in the Indian context, men continue to overshadow the women’s league, as is the case in all sporting events.

Women athletes, as various studies have shown, continue to be underpaid; also, significant support from sponsors—infrastructure, viewership and sponsorship—is still lacking even in the most developed nations. Discrimination continues to abound across the playing field.

Also read: FIFA Women’s World Cup 2019: What the battle in France looks like and why it matters

At times like this, women like Nayak, Rani, Kaur, and Chand with their determined will and athletic skills make the case for intersectional development, massive re-envisioning, and greater representation in these areas.