90% of plastic polluting our oceans comes from just 10 rivers

More than 8 million tons of it ends up in the ocean every year. If we continue to pollute at this rate, there will be more plastic than fish in the ocean by 2050. Over the last decade we have become increasingly alarmed at the amount of plastic in our oceans.

More than 8 million tons of it ends up in the ocean every year. If we continue to pollute at this rate, there will be more plastic than fish in the ocean by 2050.

But where does all this plastic waste come from?

Most of it is washed into the ocean by rivers. And 90% of it comes from just 10 of them, according to a study.

By analyzing the waste found in the rivers and surrounding landscape, researchers were able to estimate that just 10 river systems carry 90% of the plastic that ends up in the ocean.

Eight of them are in Asia: the Yangtze; Indus; Yellow; Hai He; Ganges; Pearl; Amur; Mekong; and two in Africa – the Nile and the Niger.

“We were able to demonstrate that there is a definite correlation in this respect,” said Dr. Christian Schmidt, one of the authors of the study from the Helmholtz Centre for Environmental Research. “The more waste there is in a catchment area that is not disposed of properly, the more plastic ultimately ends up in the river and takes this route to the sea.”

Schmidt and his team found that the quantity of plastic per cubic metre of water was significantly higher in large rivers than in small ones. 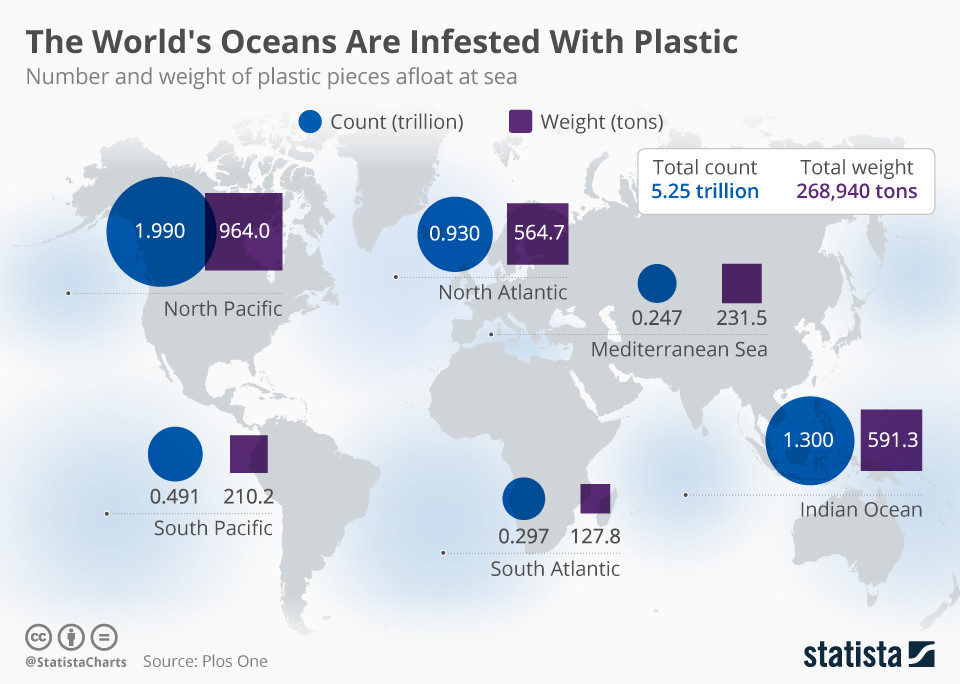 The rivers all had two things in common; a generally high population living in the surrounding region – sometimes into the hundreds of millions – and a less than ideal waste management process.

The Yangtze is Asia’s longest river and also one of world’s most ecologically important rivers. The river basin is home to almost 500 million people (more than one third of China’s population). It is also the biggest carrier of plastic pollution to the ocean.

Recently, however, China has made efforts to curb waste.

For years the country had imported millions of tons of recyclable waste from overseas, but a growing recycling burden at home prompted the government to shift its policy.

Last year, it ended imports of “foreign garbage”. Recently it extended the ban to metals, saying stopping imports of foreign waste was “a symbolic measure for the creation of an ecological civilization in China”.

And this year China has ordered 46 cities to begin sorting waste in order to reach a 35% recycling rate by 2020.

According to the UN Environment Program head Erik Solheim, while China is the biggest producer of plastic waste, it is also making major efforts to curb it.

“If there is one nation changing at the moment more than anyone else, it’s China … the speed and determination of the government to change is enormous,” said Solheim 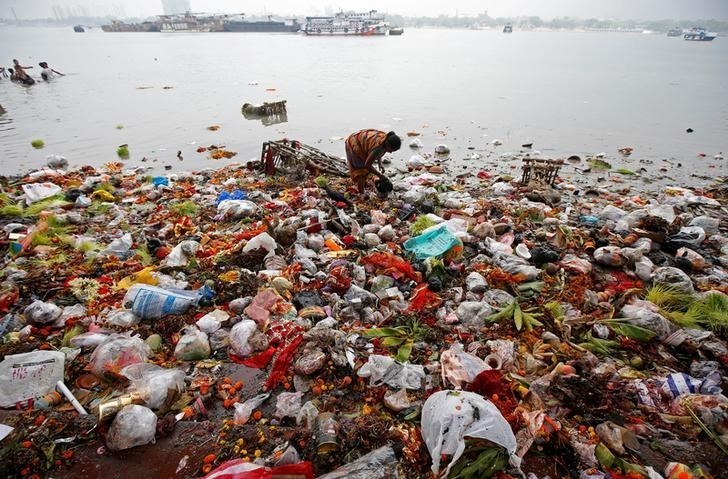 The Indian government has vowed to clean up the sacred river Ganges. Image: REUTERS/Rupak De Chowdhuri

The Indus and the Ganges, which flow through India, carry the second and sixth highest amounts of plastic debris to the ocean.

Several years ago, the Indian government launched the Namami Gange project in a bid to clean the Ganges, but recently the National Green Tribunal, India’s dedicated environmental court, said that “not a single drop of the Ganga has been cleaned so far”.

At the United Nations Environment Assembly in December 2017, India along with 193 other nations, signed a resolution to reduce marine plastic waste.

Last year the National Green Tribunal introduced a ban on disposable plastics in Delhi, while non-biodegradable plastic bags are banned in many states.“Halving the plastic input from the catchment areas of these rivers would already be a major success,” says Schmidt. “To achieve this, it will be necessary to improve the waste management and raise public awareness for the issue. We hope that our study will make a contribution to a positive development so that the plastic problem in our oceans can be curbed in the long run.”

This article was originally published in The World Economic Forum.

Alex Gray is a Senior Writer at Formative Content. Alex joined Formative Content after ten years as a freelance journalist, writing for broadsheets and national magazines in Ireland, before moving into copywriting.