5 ways the British monarchy benefited from colonialism and slavery

In the wake of global movements against racism and colonialism, perhaps it’s finally time for the monarchy to reckon with its history. 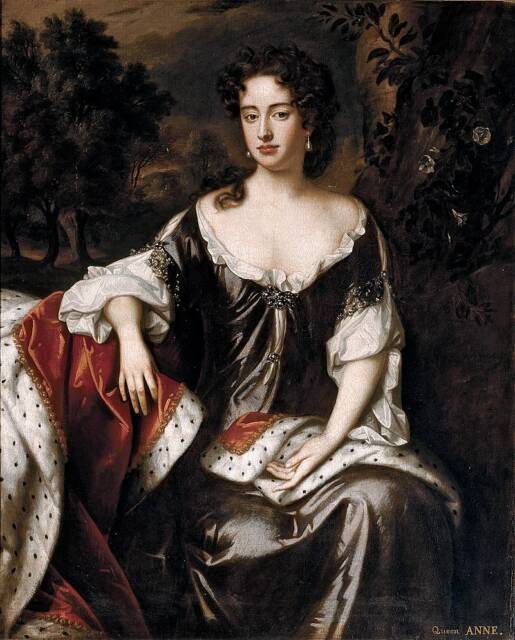 England and Scotland were united as the Kingdom of Great Britain under Queen Anne in 1707. Wikimedia Commons

The Duke and Duchess of Cambridge’s tour of the Caribbean for the Queen’s Platinum Jubilee has been criticised over the royals’ connection to colonialism and slavery.

An open letter by Jamaican public figures says: “We see no reason to celebrate 70 years of the ascension of your grandmother to the British throne because her leadership, and that of her predecessors, has perpetuated the greatest human rights tragedy in the history of humankind.”

But what has the monarchy got to do with slavery and colonialism? How has it benefited from these systems of exploitation and expropriation?

The British monarchy was central to the establishment, expansion, and maintenance of the British empire and the transatlantic slave trade. The declaration of English empire was first made by Henry VIII in 1532. Elizabeth I granted a royal charter (an instrument of incorporation) to Sir John Hawkins, widely considered one of the first English traders to profit from the slave trade. She also granted a charter to the British East India Company in 1600.

After Elizabeth’s death, Charles II formed the Royal African Company in 1660, led by the Duke of York (later James II), which extracted goods such as gold and ivory from the Gold Coast, and transported over 3,000 Africans to Barbados. Many of these people had the initials “DY” burned into their skin to signify their belonging to the Duke of York. Both men invested private funds in the company.

Queen Victoria assumed the title of Empress of India in 1877, and by 1920 the empire was 13.71 million square miles. The British monarch’s global significance and power stemmed directly from the enslavement of people of colour.

The Commonwealth emerged from post-WWII decolonisation, as a means of reassuring the British public that the demise of empire would not diminish Britain’s global prestige.

The Queen is head of the Commonwealth, and Prince Charles was appointed as her successor in 2018. But the position is not hereditary, and there is no constitutional or statutory reason why Charles would take this role. The role of head of the Commonwealth allows the monarch to continue their position of international privilege and influence, which stems from colonial histories.

3. The Queen as head of state

The London Declaration, 1949, which addressed India’s position in the Commonwealth as a republic, set the precedent for Commonwealth countries to adopt republicanism. But today, 15 remain constitutional monarchies with Elizabeth II as head of state, including Caribbean islands like Jamaica, South American countries like Belize, African states like Ghana, and Canada and Australia.

Since 1842, each country has nominated a local governor general as the Queen’s representative, with the power to propose legislation, (dis)prove bills and dissolve parliament. Although the Queen has no “direct” political control in these realms, governor generals could be interpreted as ongoing monarchical administrative power.

Many of these countries, including Australia, Jamaica, Grenada, Saint Lucia and Tuvalu still use “God Save the Queen/King” as the national or royal anthem. As sociologist Ty Salandy argues, such cultural texts were used during empire to instil British values and subservience to colonial authority, and their continued use suggests a similar system of values.

In 2021, Barbados removed the queen as head of state, officially becoming a republic but remaining part of the Commonwealth. There are reports that Jamaica is planning to do the same after the royal visit.

Following the National Trust’s report into histories of slavery and colonialism in its properties, the chief curator of Historic Royal Palaces, Lucy Worsley, announced a similar investigation into royal palaces in 2020.

Worsley said that all properties used by the Stuart dynasty in the 17th century were “going to have an element of money derived from slavery” within them. This includes Kensington Palace and Hampton Court Palace, which have connections to King William III, another part owner of the Royal African Company.

This is not to mention goods now owned by the monarchy that were stolen during colonisation, such as the Koh-i-Noor diamond from India used in the Crown Jewels, which Pakistan and India have repeatedly asked to be returned. The lack of transparency regarding what the Crown owns versus the Queen’s personal effects makes it even harder to trace these histories.

In a speech in 1947 in South Africa, then-Princess Elizabeth declared she would devote her life to “service of our great imperial family to which we all belong”. The concept of an “imperial family” reflects the idea of the British monarchy as empire’s figurehead, vested in ideologies of white supremacy and colonialism.

This idea also plays a role in royal international visits. Royal visits have historically had colonialist implications by portraying the royal as a white saviour. Media scholar Raka Shome discusses how Diana became a symbol of this in photographs of her playing with and caring for black children in Africa. We can perhaps see this playing out again this week in images of the Duke and Duchess of Cambridge shaking hands with Jamaican residents through wire fencing.

Such visits attempt to rewrite colonial and imperial histories through discourses of philanthropy and global community, with the royals as “head” of the global family. It is, in essence, good PR.

This only scratches the surface of the monarchy’s connections to colonialism and imperialism. As the PNP Women’s Movement, a Jamaican movement advocating for women and girls, wrote in the Jamaican Observer: “We were beaten and broken into believing that our purpose as a nation was to cater to yours.” This is not least in the fact that, as they say, roads were resurfaced and hospitals were cleaned in preparation for the royal visit this week, rather than years earlier for the impoverished black communities who use them every day.

In a speech in Jamaica, Prince William expressed “profound sorrow” over slavery which “forever stains our history”. He stopped short, however, of acknowledging the monarchy’s role in that history, an institution from which he continues to benefit. In the wake of global movements against racism and colonialism, perhaps it’s finally time for the monarchy to reckon with its history.