The gist of the scene was the companies were forced to disclose to the Senate and House Intelligence Committees that the reach of the Russian interference in the 2016 American presidential election went much, much further than originally suspected. 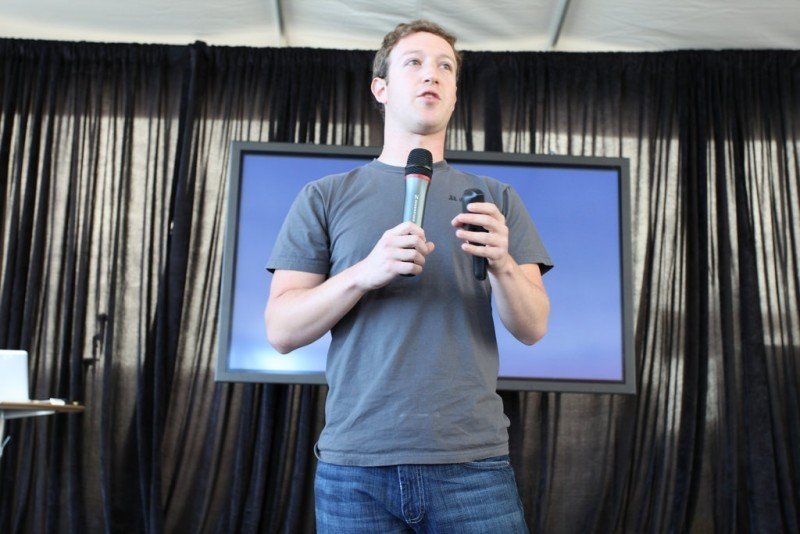 One of the biggest, and most unwelcome revelations of the past few years is just how much social media platforms can be — and have been — used for manipulation and distribution of falsehoods.

And in 2018, several social media executives were called into the hot seat in front of elected officials to account for their company’s inability to foresee, prevent, or, in some cases, efficiently treat their multitudinous problems. It’s the first time we’ve seen members of Congress give social media companies any kind of grilling over their security issues.

So how’d we get here?

We’re getting some interference

While fake news scandals have dominated all year, and the major catalyst is Cambridge Analytica, Congressional scrutiny began some time ago. Specifically, in late 2017, Congress called executives from Google, Twitter, and Facebook to explain — twice — how Russian agents managed to proliferate throughout their networks.

The gist of the scene was the companies were forced to disclose to the Senate and House Intelligence Committees that the reach of the Russian interference in the 2016 American presidential election went much, much further than originally suspected.

The big one: Cambridge Analytica

We’ve already dissected the Cambridge Analytica debacle down to the finest details, so we won’t recount everything here. But the year’s most upsetting social media scandal, and one which really brought the brightest spotlight to the issue of just how much these sites know about us, bears talking about just a bit more.

The months in the year could basically be broken down into answer to the question, “What the heck did Facebook do now?” And in March, the answer was, “It allowed a data analysis firm to harvest data about millions of users under the guise of a research app, which was never anonymized and was subsequently used to build voter profiles.” Facebook eventually confessed Cambridge Analytica had gathered data on over 87 million people, without the consent of the vast majority.

An update on the changes we’re making to better protect your Facebook information. https://newsroom.fb.com/news/2018/04/restricting-data-access/ …45312:05 AM – Apr 5, 2018Twitter Ads info and privacyAn Update on Our Plans to Restrict Data Access on Facebook | Facebook NewsroomTwo weeks ago we promised to take a hard look at the information apps can use when you connect them to Facebook as well as other data practices. Today, we want to update you on the changes we’re…newsroom.fb.com642 people are talking about thisTwitter Ads info and privacy

This data was subsequently used by a number of political campaigns to target users directly. And worse, it later came to light that Facebook had known about the data collection since 2015, but had simply asked Cambridge Analytica to delete the data. It did not, and Facebook never bothered to verify.

This is probably the moment it really hit everyone just how much data social media networks in general, and Facebook very much in particular, had on the average user, and how it could be used for ill. It was also the moment Congress seemed to really sit up and take notice.

Mark Zuckerberg’s team will get back to you

While it was not the only tech tete-a-tete Congress had this year, the most notorious of the sit-downs was undoubtedly the one with Facebook CEO Mark Zuckerberg.

Done in the wake of Cambridge Analytica, the hearing was not nearly as pointed or harsh at it undoubtedly could have been — highlights include a Senator asking Zuckerberg about the security of “emailing in WhatsApp” — but they did manage to make a few good points.View image on Twitter

Me when @stitchin_stein texts me while I’m covering the Zuckerberg hearings:53:39 AM – Apr 11, 2018See Rachel Kaser’s other TweetsTwitter Ads info and privacy

For example, Senator John Thune (R-South Dakota) pointed out that Zuckerberg’s go-to move when confronted with his company’s wrongdoing is to apologize while continuing to be reactive to every problem. He asked, “How is today’s apology different?” Zuckerberg responded by basically admitting his policy towards human evil on Facebook had largely been to hope for the opposite.

While the Senators seemed to accept Zuckerberg’s repeated responses that his “team will follow up with you,” their scrutiny was only the first salvo. Over the year, Congressional committees would get more comfortable with demanding tech execs show up to answer their questions.

The second-biggest get-together between social media and Congress was the September Showdown, attended by Twitter CEO Jack Dorsey and Facebook COO Sheryl Sandberg (a Google representative was invited but conspicuously absent).  In both cases, they had to account for the election interference that had run rampant on their platform.

This time the discussion was much more pointed, and the Senators seemed much more cognizant of the subject matter. One example was Rep. Greg Walden’s (R-Oregon) point that, for all the companies rely on algorithms to help detect problems, that’s not a perfect solution: “Humans are building the algorithms, humans make decisions about Twitter’s Terms of Services… and humans can make mistakes.”

Dorsey and Sandberg, for their part, didn’t shy away or deflect the questions. Dorsey said his platform simply wasn’t ready for what they had to face:

We aren’t proud of how that free and open exchange has been weaponized and used to distract and divide people, and our nation. We found ourselves unprepared and ill-equipped for the immensity of the problems that we’ve acknowledged… We acknowledge the real-world negative consequences of what happened, and we take the full responsibility to fix it.

Overall, this meeting felt more productive and less like the Congresspeople were dancing attendance on the tech executive in question. This led to rumors that Congress would begin to regulate tech more firmly than they had done in the past, though to what end we do not yet know. As Senator Mark Warner (D-Virginia) put it, “The era of the Wild West in social media is coming to an end. Where we go from here, though, is an open question.”

Google gets a scolding for hiding a data breach

Just when it looked like things might be dying down, the Washington Postexposed a software bug in soon-to-be-defunct Google+ that could have potentially revealed user data. According to the Post’s report, Google knew about the bug for months and chose not to disclose it. There’s no evidence the bug was ever exploited, but the potential was still there.

As you might expect, Congress wasn’t happy, especially after Google failed to send anyone to the hearing in September. Three Senators sent a letter to Google CEO Sundar Pichai demanding more information and to know exactly how Google came to the decision to keep the glitch quiet.

Now, in the vein of a frustrated high school principal summoning truants to their office, Congress asked Sundar Pichai to testify, which he did on December 11. With this, the year ended much as it began, with Congresspeople using their moment in which they had a powerful tech CEO dead to rights to play verbal tennis over a perceived conspiracy to silence or demean conservatives — up to and including a moment where they demanded Pichai answer for what appeared on an iPhone his company doesn’t make. Uncle Pennybags was disappointed.

Since social media has become such an inextricable part of public life, it’s likely this isn’t the last time we held companies accountable for their failures in legislative fashion. But let’s all cross our fingers that the data breaches, glitches, and subsequent Congressional hearings in 2019 aren’t quite so spectacular as the ones we learned about this year.